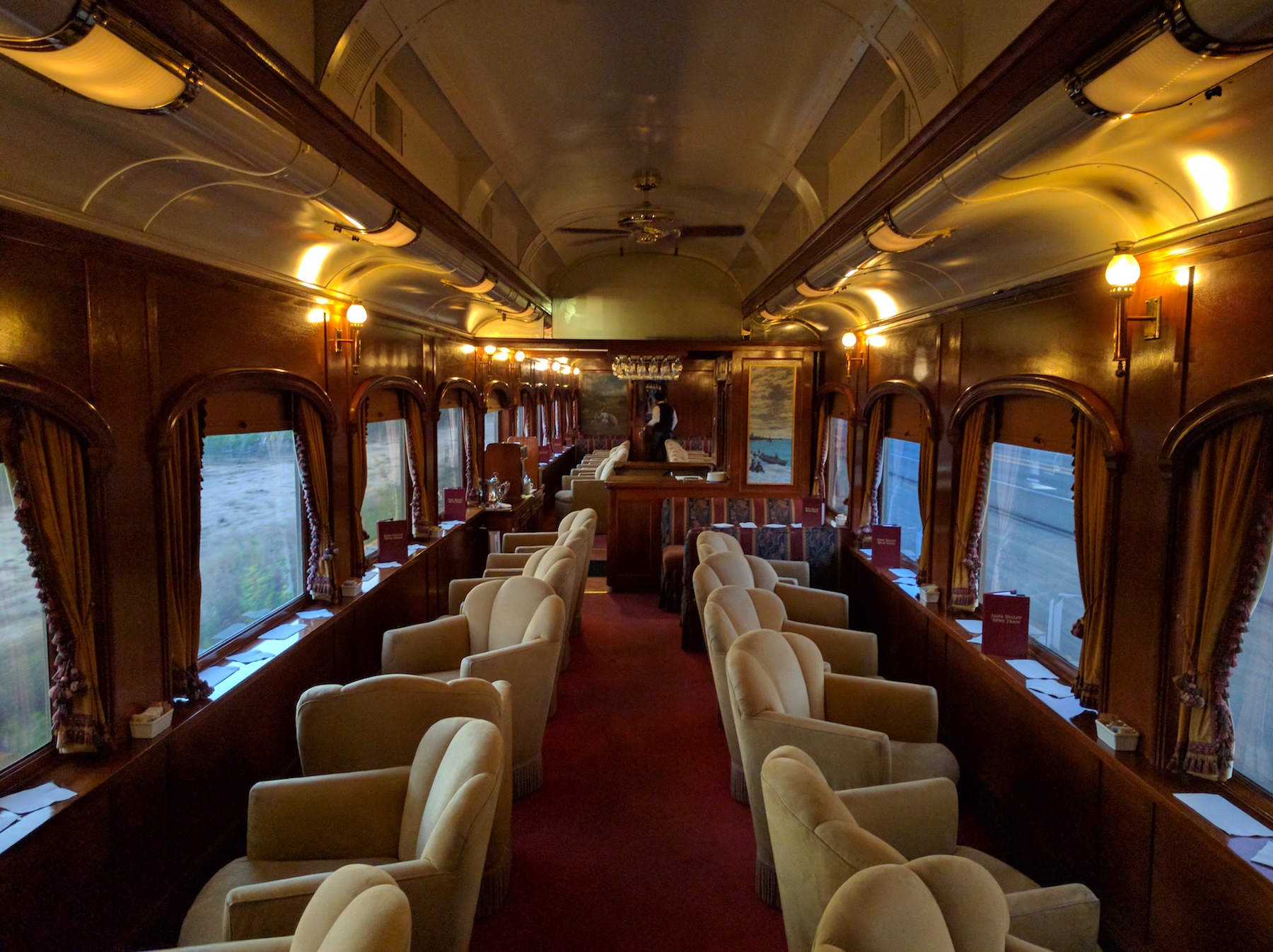 All Aboard The Wine Train!

If there’s one thing we all loved when we were kids, it was riding on a train. The noise of the engine, the speed, watching the world fly past… it really didn’t get much better than that! As we grow older, however, and train rides mainly revolve around

If there’s one thing we all loved when we were kids, it was riding on a train. The noise of the engine, the speed, watching the world fly past… it really didn’t get much better than that! As we grow older, however, and train rides mainly revolve around a busy, uncomfortable, lengthy commute to work, it’s fair to say the glamour and thrill of the locomotive pretty quickly wears off. If only somebody could combine that childlike sense of excitement with some truly excellent wines - wouldn’t that be perfect?

Except, of course, somebody has done exactly that - and it’s even better than you could have imagined. The Quattro Vino Wine Tour company in California’s Napa Valley is more than competently beating Mr. Trump at his own game, and is making not only America, but also train travel, truly great again. Over the past decade, they’ve been restoring golden-age locomotives to take wine lovers like you and me on a journey deep into Napa’s wine country, and pulling out all the stops to make it a real adventure of epically delicious proportions.

Usually when we think of drinking on public transport, the sort of image that springs to mind isn’t exactly one which shines with glamour and sophistication. However, with Quattro Vino’s latest tour (priced at $299 per ticket), it’s something which is not only actively encouraged, it’s a key part of the adventure. As your stunning carriage rolls through the flawless countryside of Napa Valley - home to some of the greatest wines of the modern age - you’ll be served with top-notch sparkling wines as part of a tasting experience, alongside a four course meal prepared by the onboard chef.

If you think that sounds good (and we really, really do), you’ll be delighted to hear that it’s just the start of a taste-bud tingling voyage into the heart of what makes Napa so special. As the lovingly-renovated early 20th century trains carve their way through the green hills, you’ll have the chance to stop at one or more of the many wineries along the journey - including world-beating operations like Robert Mondavi Winery, Beringer Winery, and Raymond Vineyards. 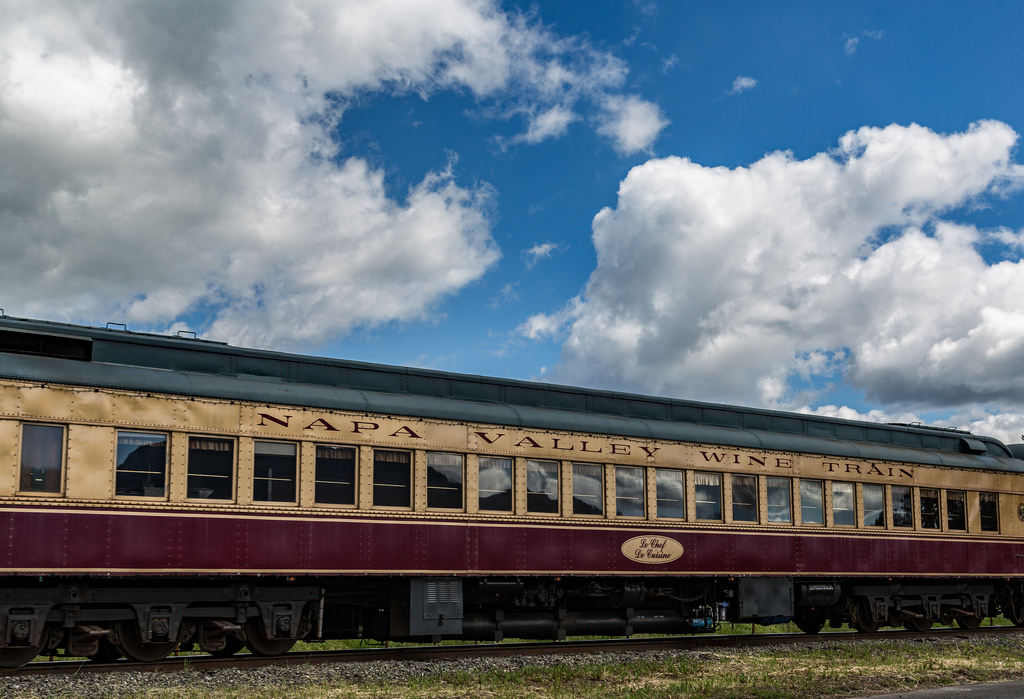 New Experiences on the Tracks

The latest tour organised by Quattro Vino has a key emphasis on family-run wine estates, and stops at Silverado Vineyards, Whitehall Lane Winery, and Grgich Hills Estate. At each one, you’ll have the opportunity to taste their wares, explore their vineyards, and even have a chat with the vintners themselves... before hopping back on the rails, topping up your Champagne flute, and heading along to the next winery of your whistle-stop tour. 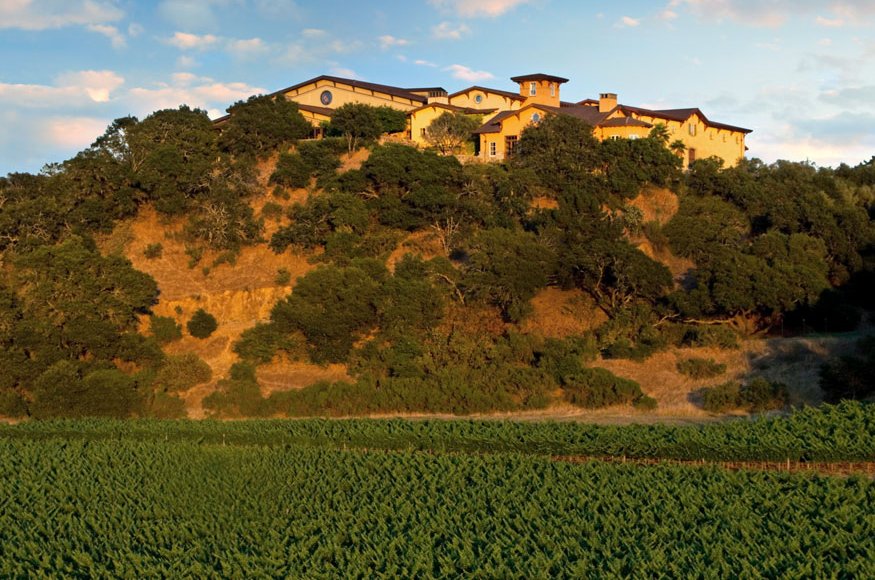 While these railroad wine tours aren’t the cheapest out there, it’s no stretch to say you get your money’s worth from the experience. The food served is exquisite, the wineries stopped at each have a fascinating story to tell and plenty of top wines to sample, and you’ll get the chance to take in some of the best views on the west coast (made even better by the glass-domed railcars on some of the carriages). If you want to take your tour even further and up the excitement to a whole other level, Quattro Vino even organises murder mystery packages, romantic packages, and a whole host of other treats for their vino-loving passengers.

Right, that’s our next vacation sorted, then....!