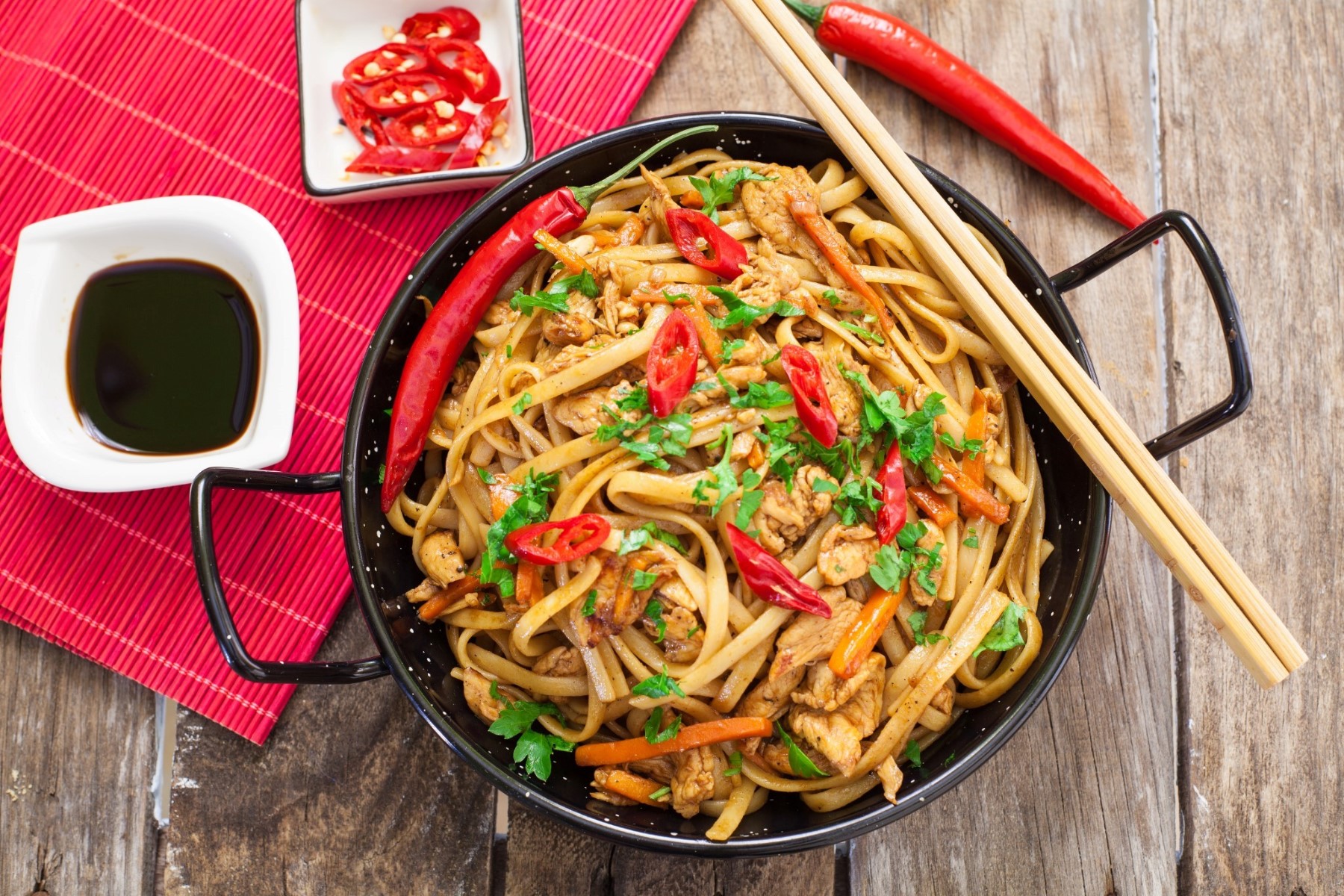 How to make the perfect Pork Chow Mein **Preparation and cooking time:** 30 minutes **Serves four to six people** Cantonese food is one of those cuisines that has well and truly taken over the world. However, for some many home cooks, its classics still remain something of a secret. We

How to make the perfect Pork Chow Mein

Cantonese food is one of those cuisines that has well and truly taken over the world.

However, for some many home cooks, its classics still remain something of a secret. We all have our favourite takeaway, bursting with tempting oriental treats, and most of us never bothered to replicate them at home. In fact, a lot of the great Chinese dishes we love are pretty easy to make - a bit of know how, a good wok and some choice ingredients, and you’re ready to go.

Dishes like this pork chow mein are ideal for sharing - it’s quite difficult to not make a big batch of the stuff, so invite your mates round, grab a bag of prawn crackers, heat up some spring rolls and have a great night in!

Firstly, prepare your pork. Trim off any excess fat, slice into thin strips and stick it into a bowl. Toss the pork with your five spice powder, about half a teaspoon of salt, and plenty of black pepper. Set aside for later.

Bring a pan of water to the bowl, and throw in your dried noodles. They’ll need cooking for about three or four minutes (or however long the packet tells you to), before draining, rinsing and setting aside.

Take a bowl, and put in your cornflour and sugar. Stir together, and gradually add your rice wine or sherry, the soy sauce, and about one hundred ml of water. Put aside - you’ll add this into the mix near the end of the recipe.

Heat up your wok, and add one tablespoon of oil. When it is hot, add your sliced pork, and stir fry over a high heat for a couple of minutes, until it is browned all over. Take the pork out of the wok, and put on a plate.

Put a little more oil into your wok, and this time, stir fry the carrots, ginger, pepper, garlic, peas, water chestnut and spring onions for a few minutes. You want them softened, but not soggy. Take these out, put them on another plate, then put your noodles into the wok. Stir fry these for a couple of minutes until they are slightly browned and beginning to go a little crispy.

Put the vegetables and meat into the wok along with the noodles, and continue to stir fry over a high heat so everything warms through. Toss in your sugar/sherry/soy/water mixture, and give it a good stir for a couple of minutes, to make everything glossy and delicious. Eat hot and steaming, and give your chopstick skills a go. Delicious!

Chinese food is notoriously difficult to pair with wine, and it isn’t difficult to see why. In this chow mein dish, you have the meatiness of the pork, the sweetness of the sauce, and the fresh, fiery ginger and spring onion to contend with.

Many wines would immediately get lost in that mix, so we need something that can cut through the various layers of flavour, and yet not overpower the subtleties of your carefully constructed creation!

My advice would be to go for a Gewurztraminer - the slight sweetness of this Germanic classic brings out the best in this dish, while providing a palate-cleansing freshness that will make the pairing a great success.

There you have it -- a recipe for pork chow mein!

After trying out this delish recipe, take our wine palate quiz so you'll know the top 3 wine types that you should try next!