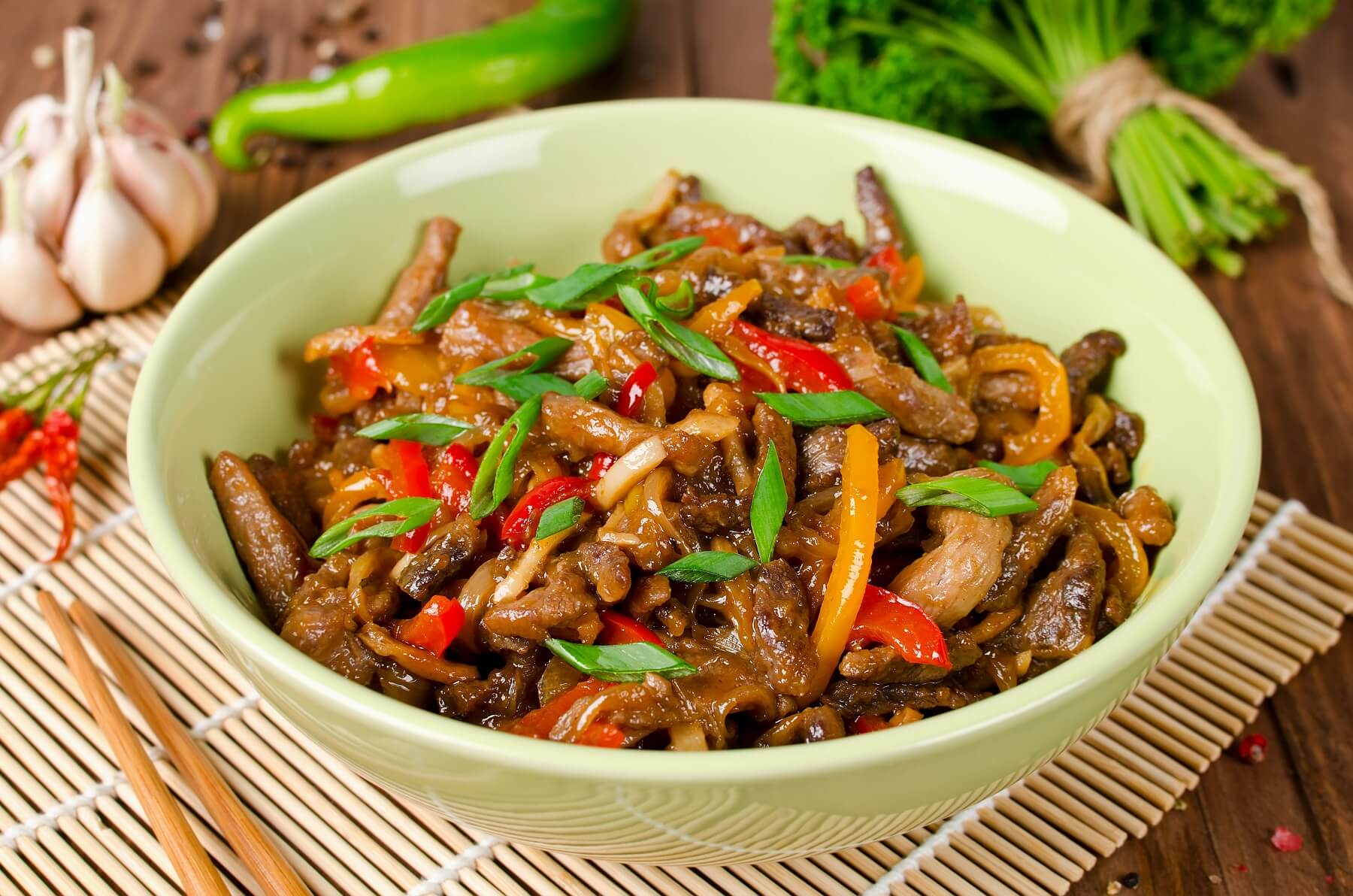 Season the pork with salt and pepper. Mix the cornflour with 2 tbsp cold water until a smooth paste, then stir in the soy sauce.

In a wok with a little oil, stir fry the pork for two or three minutes until lightly browned, then set aside.

Return the wok to the stove, and stir-fry the mushrooms, peppers and mangetout for two or three minutes. Toss in the garlic, ginger and spring onions, and stir-fry for a further 30 seconds before taking the wok off the heat.

Throw the pork back in the wok along with the soy sauce mix. Stir fry for another two minutes, stirring constantly. Serve hot in bowls, with extra soy sauce to taste.

There you have it -- an all-star recipe for stir fried pork with an added kick of ginger!

In the meantime, why not take our wine palate quiz below so we can introduce you to more exciting wines?