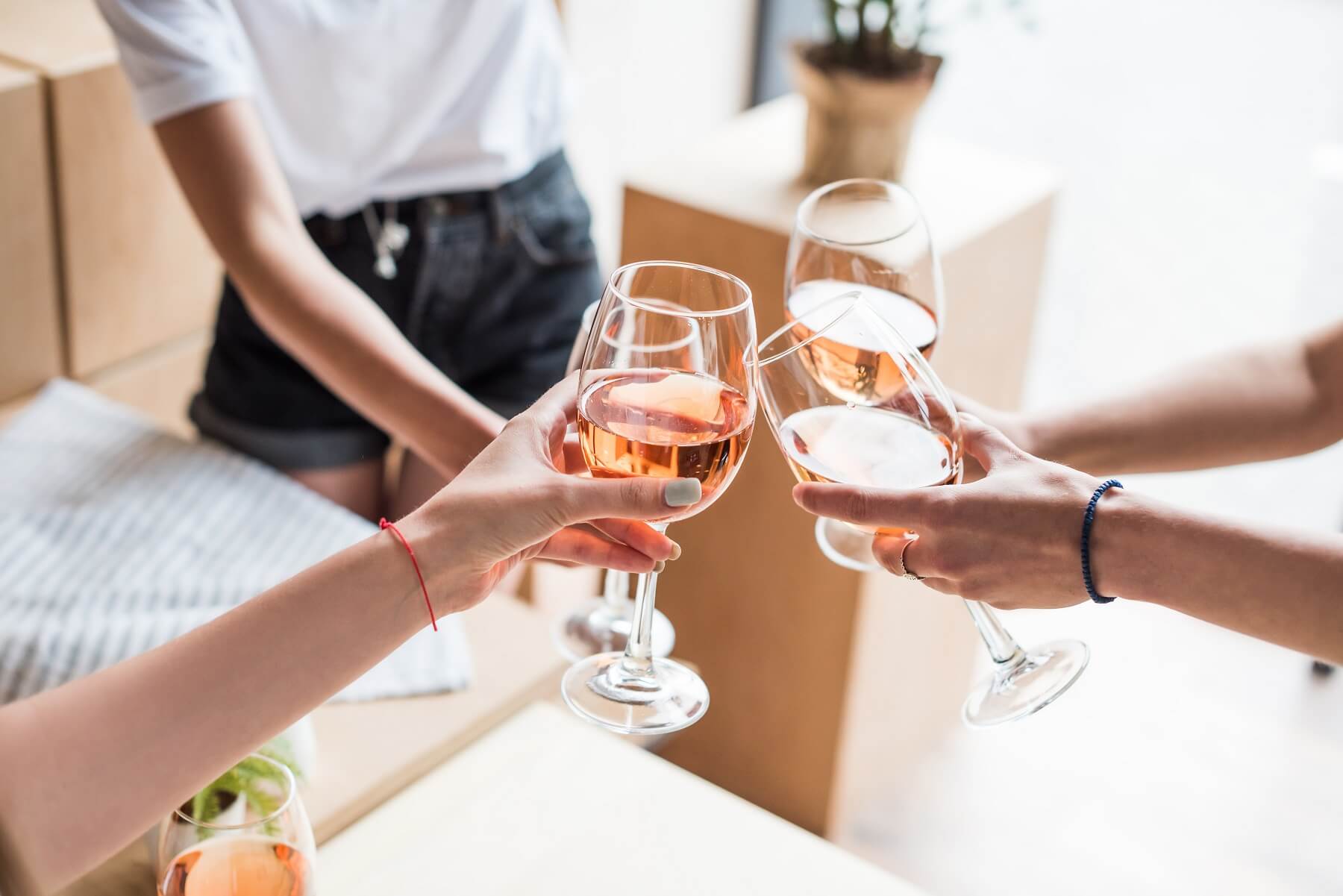 The 10 Weirdest Wine Descriptions Used by the Pros

We’ve put together a list of our ten favourite bizarre wine descriptors which you may well come across at tastings, in restaurants or even when drinking with friends, and we’ve added a handy explanation of each one, too. Who knows? Maybe you’ll find use for them yourself.

Not so long ago, I was absolutely the kind of guy who got a little bit uncomfortable when hearing wine experts talk about their favourite subject. Listening to them bang on about the range of flavours present in the wines they were tasting was an odd experience: a bit like dropping in on a psychedelic beat poetry slam, or listening to a child recite their most fantastical Christmas wish list.

It always sounded to me like a collection of objects, emotions and sensations both mundane and spectacular, topped off with more than a dash of wishful thinking. Has my mind changed dramatically over the years? Well… yes, and no.

On the one hand, I do believe that it is absolutely possible (and great fun) to train your palate, and to be able to practice tasting and sniffing wine in order to get more bang for your buck. With plenty of practice, you can quite easily improve your wine-tasting abilities, and begin to detect deeper, more involving layers of flavour in your drink.

On the other… well, I don’t think it’s completely unfair to say that a lot of the more verbose wine experts out there probably get a bit of a kick out of using weird, wild and unexpected adjectives, and wear their thesauruses on their sleeve, so to speak.

Perhaps thankfully, sommeliers nowadays tend to be a lot more straightforward and down-to-earth, and conscious of the fact that the more esoteric and poetic side of wine tasting does little more than isolate those looking to get into wine in the first place.

All that being said, there are plenty of wine descriptors used by pros and printed on wine labels which do at first seemed to come in from the left field, and yet have managed to stay in use in today’s more open, user-friendly wine scene. Why? Well, perhaps because they’re actually quite useful - after all, it isn’t always easy putting sensory experiences such as taste and smell into words without sounding vague and clumsy.

We’ve put together a list of our ten favourite bizarre wine descriptors which you may well come across at tastings, in restaurants or even when drinking with friends, and we’ve added a handy explanation of each one, too. Who knows? Maybe you’ll find use for them yourself.

Here’s everyone’s favourite weird wine descriptor, and one of the ones which used to really irritate me. However, it really is an adjective used by wine experts, especially when talking about Loire Valley Sauvignon Blanc. It’s a funky, acrid, tangy sort of aroma which really is reminiscent of litter boxes… but the confusing thing is, experts can’t seem decide whether it’s a signifier of extremely high quality when it comes to these wines or something undesirable to be avoided. I’m pretty sure which side of the fence I’m on, but there’s no accounting for taste, I guess. 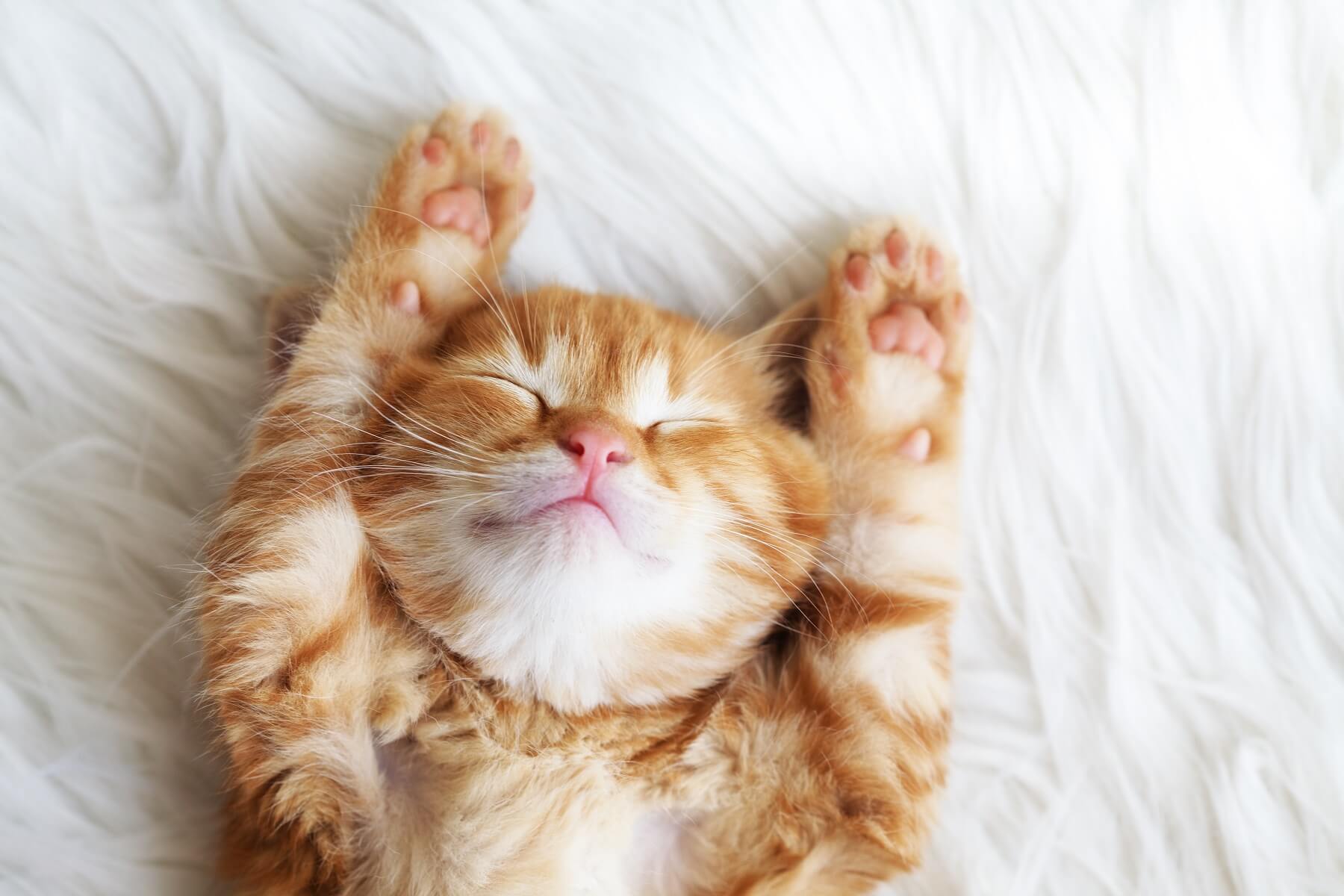 Also referred to as nervy, edgy or bracing, ‘racy’ wines are those which are high-toned, razor sharp and bone dry, lip-smackingly citrusy and packing in plenty of fresh, bright acidity. They tend to work very well with food, as the acidity levels make them superb palate-cleansers. Think Albarino, Vermentino, some Sauvignon Blanc and Gruner Veltliner.

It’s a bit weird to describe a wine using an adjective which already has more than one meaning. Tight as in David Bowie’s trousers? Or tight as in my uncle Peter, who always used to sneak out of the pub when it was his round? Well, usefully, it’s neither when it comes to wine. Tight wines are those which have an unbalanced level of tannin (usually because they’re a bit too young), and require plenty of time in a decanter in order to breathe and ‘loosen up’.

Another classic oddity from the sommelier’s dictionary. It’s true, though. Some wines to have an aroma which is reminiscent of diesel and petrol - usually certain Riesling wines such as those aged in the Mosel Valley, or some examples from Australia - and again, there’s some argument as to whether or not it’s a positive thing. 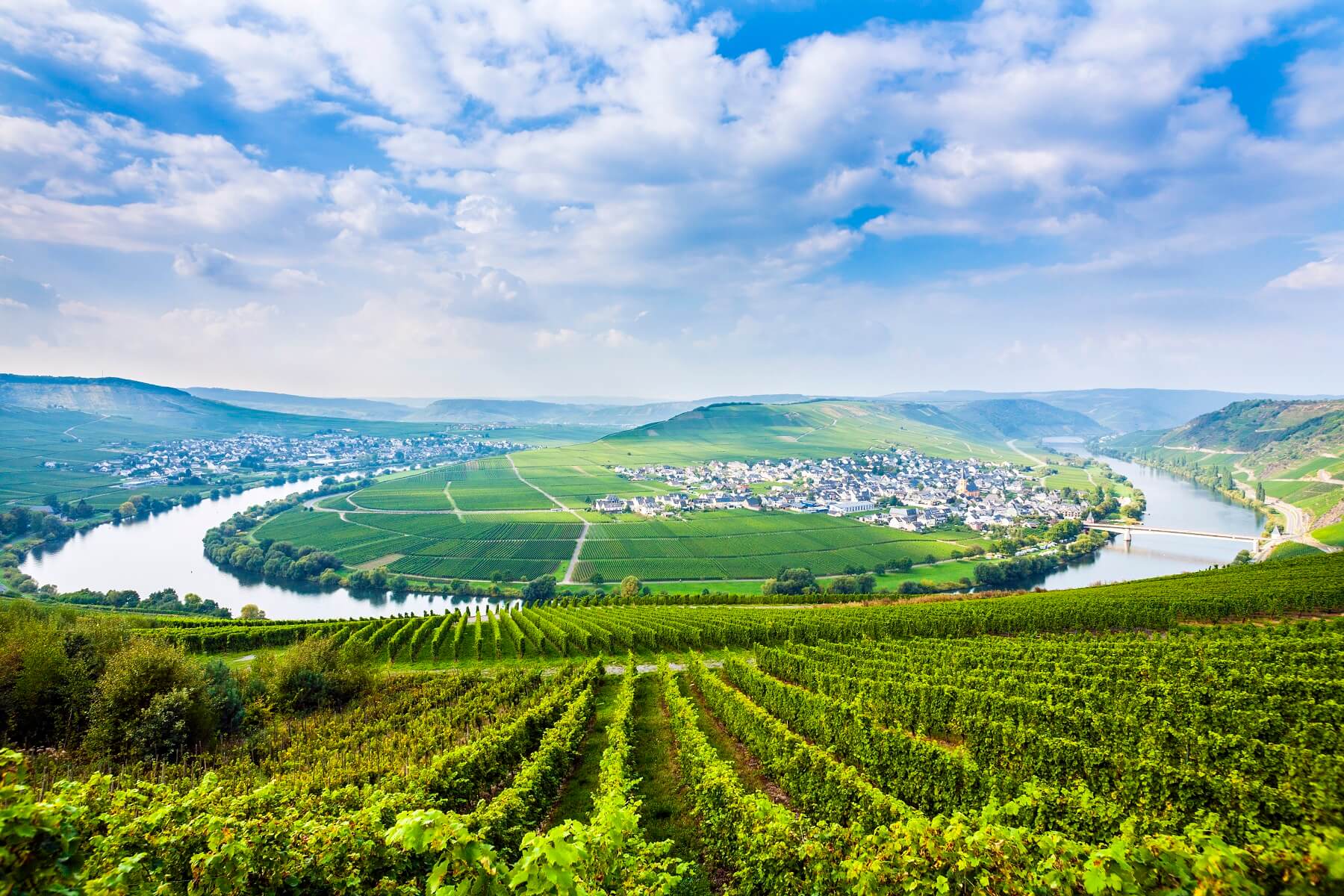 Pretty, feminine, cutesy… These tend to be used with the more powerfully floral or perfumed wines, which have that dainty, delicate character, characterised by low tannins and low alcohol. But in saying that those three don’t really sound like any of the women in my life ;)

This would fit into the broad church which is known as the ‘mineral’ notes of wine. This aroma of pencil lead is reminiscent of old school books, pencil shavings and graphite, and is actually a highly sought-after quality in some very expensive wines. Many Left-Bank Bordeaux wines tend to have this feature, and it really is quite a fascinating subtlety to come across. 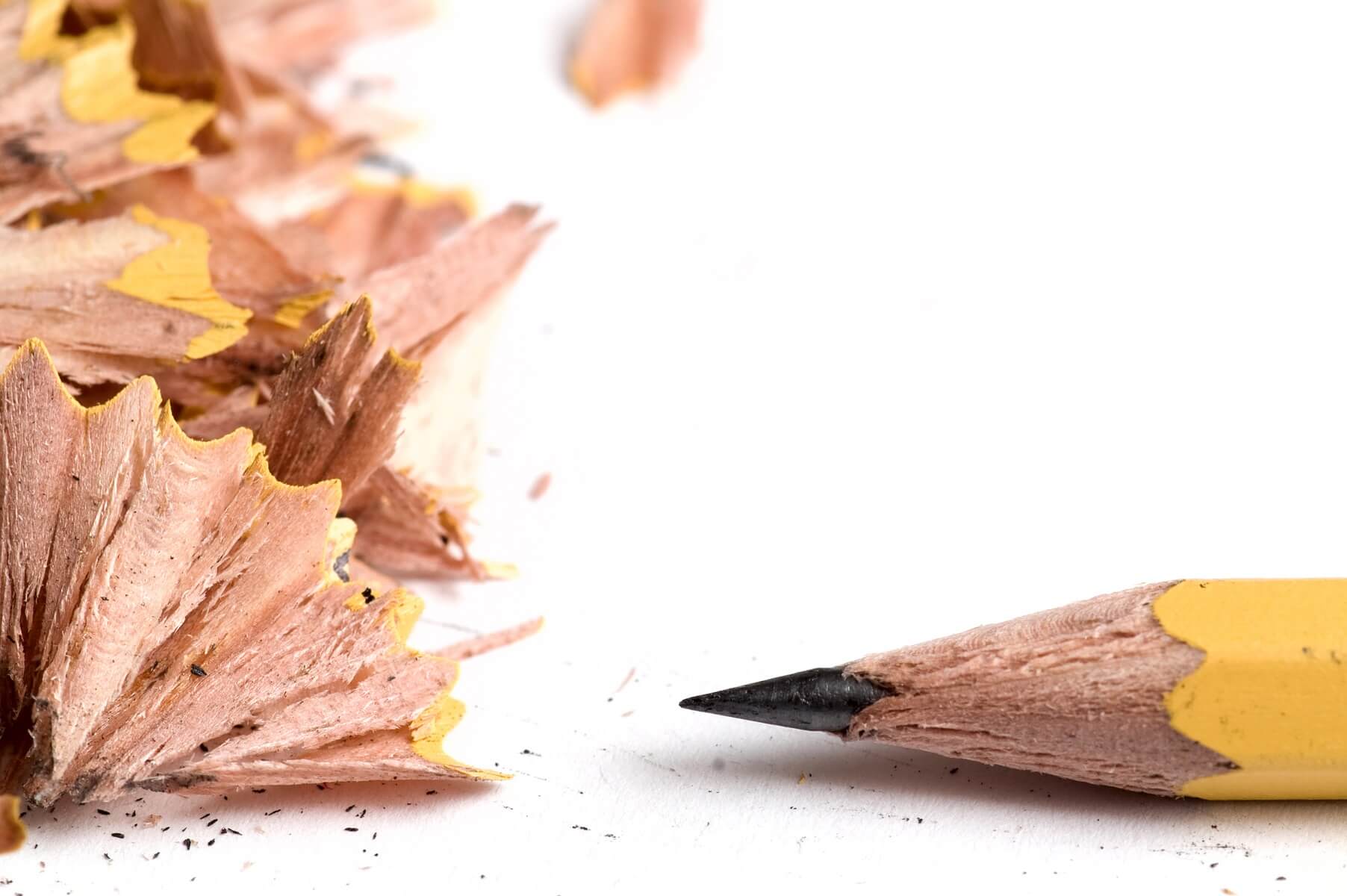 OK, this is a descriptor which sounds utterly absurd as a way of describing wine… but if you’ve ever taken a sniff of a cork tainted (TCA affected) bottle, you’ll know exactly what this refers to. Strong cork taint genuinely makes wine stink of wet dog and soggy cardboard - a really unpleasant, musty tang that’s not going to be praised by even the most eccentric wine taster. If you come across this one upon opening a bottle, send it right back.

While cold cuts and preserved meats are among the very best accompaniments to eat with a great bottle of red wine, it isn’t a flavour or aroma you could expect to come across in a bottle. Therein lies the miracle of viticulture, though - the humble grape really is capable of producing a real range of flavours and aromas on the palate. ‘Salami’ is used as a descriptor for wines which tend to be very savoury and quite spiced, and yes, even meaty. You might find this in a red wine from Aglianico in central Italy (coincidentally also home to some great salami!). 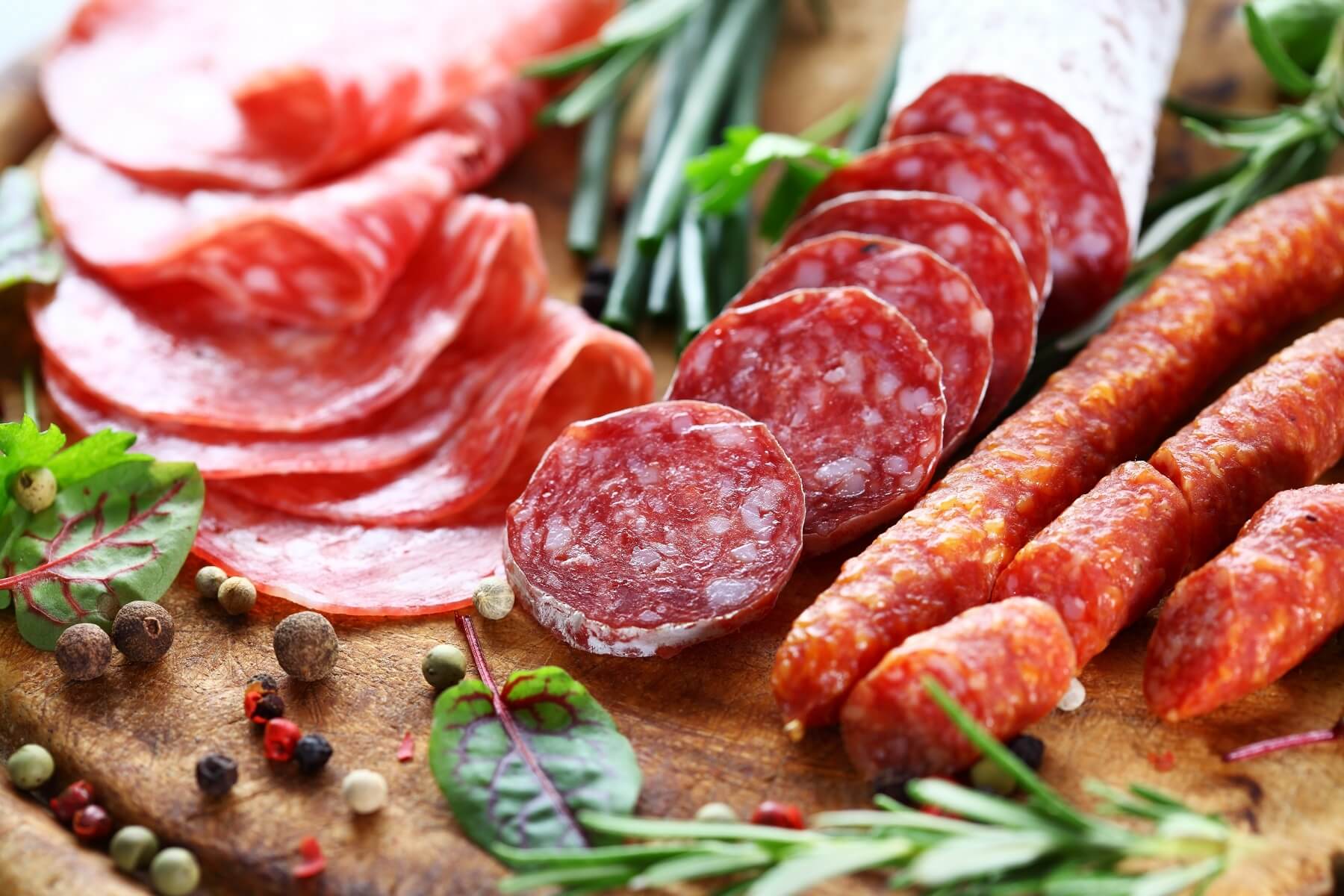 As a former slightly gothy teenager, this is an adjective I’m more than familiar with. However, when this descriptor is used to describe wines (and not mopey, lovesick youths writing bad poetry and hooked on The Cure records) it refers to an intensity, darkness and level of concentration usually connected with rich ‘dark’ flavours like black cherry, dark chocolate, licorice or tobacco.

These are two aromas which come about from a wine making process called ‘carbonic maceration’, found most prominently in Beaujolais wines and in red wines from northern Italy. When it is not so strong, this process can create subtle hints of banana (and, interestingly, of synthetic banana such as is found in banana flavoured sweets). When it is stronger - I would say much too strong - it can be reminiscent of bubblegum, which is something I can’t imagine many wine drinkers over the age of 7 can be particularly happy about… but as mentioned, taste really is quite a subjective thing.

Okay. That's it. You're done. Now go out and and see how many you can taste on your next wine adventure. Or even better let us guide you on your wine journey and pick some bottles just for your tastes. Take our our fun seven question palate profile quiz here and we'll recommend three bottles for your personal tastes.