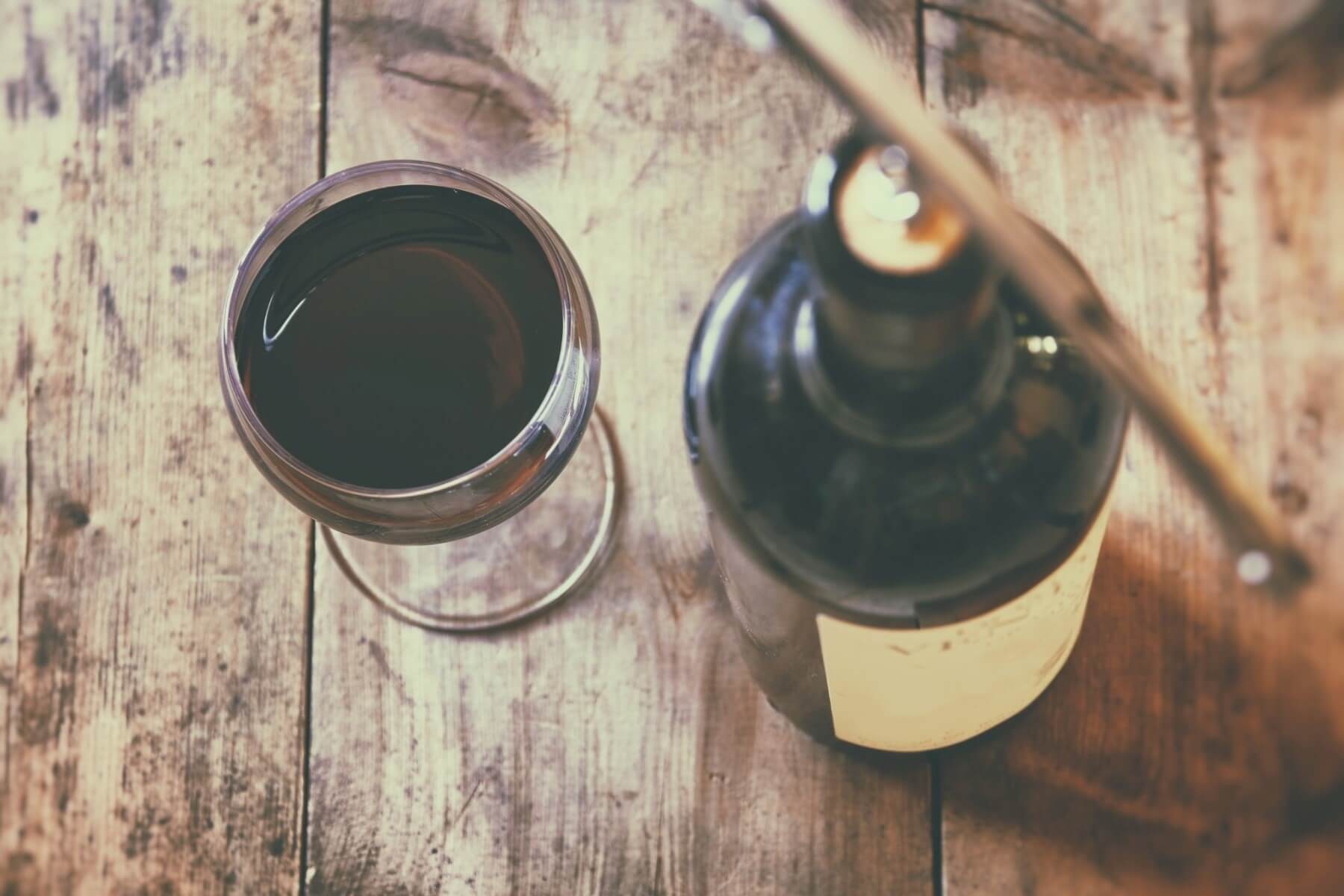 Here’s a brief A-W of some interesting wine terms to get you started.

Wine is full of jargon. Wading through it while reading the backs of wine labels in shops can be an exhausting and unforgiving task, as so much of the vocabulary is wrapped up in either scientific terms, poetic nonsense or 18th century French.

Here’s a brief A-W of some interesting wine terms to get you started.

This expression is one you’ll see on bottles of French wine (other countries have similar expressions in their own language) and it refers to a set of laws and regulations which dictate wine production in a specific area. Particular grape varietals permitted, ageing restrictions, and production methods are all covered by these laws. The idea was to maintain the reputation of certain small areas of excellence in wine, and while it can be used as a general indicator of quality, it isn’t 100% foolproof.

A fungus that grows on certain grapes, causing them to shrivel and dry up. While this may sound disgusting, many of the greatest dessert wine producers of the world rely on this ‘noble rot’ to concentrate the sugars and provide delicious and often highly unexpected flavours in the wine. 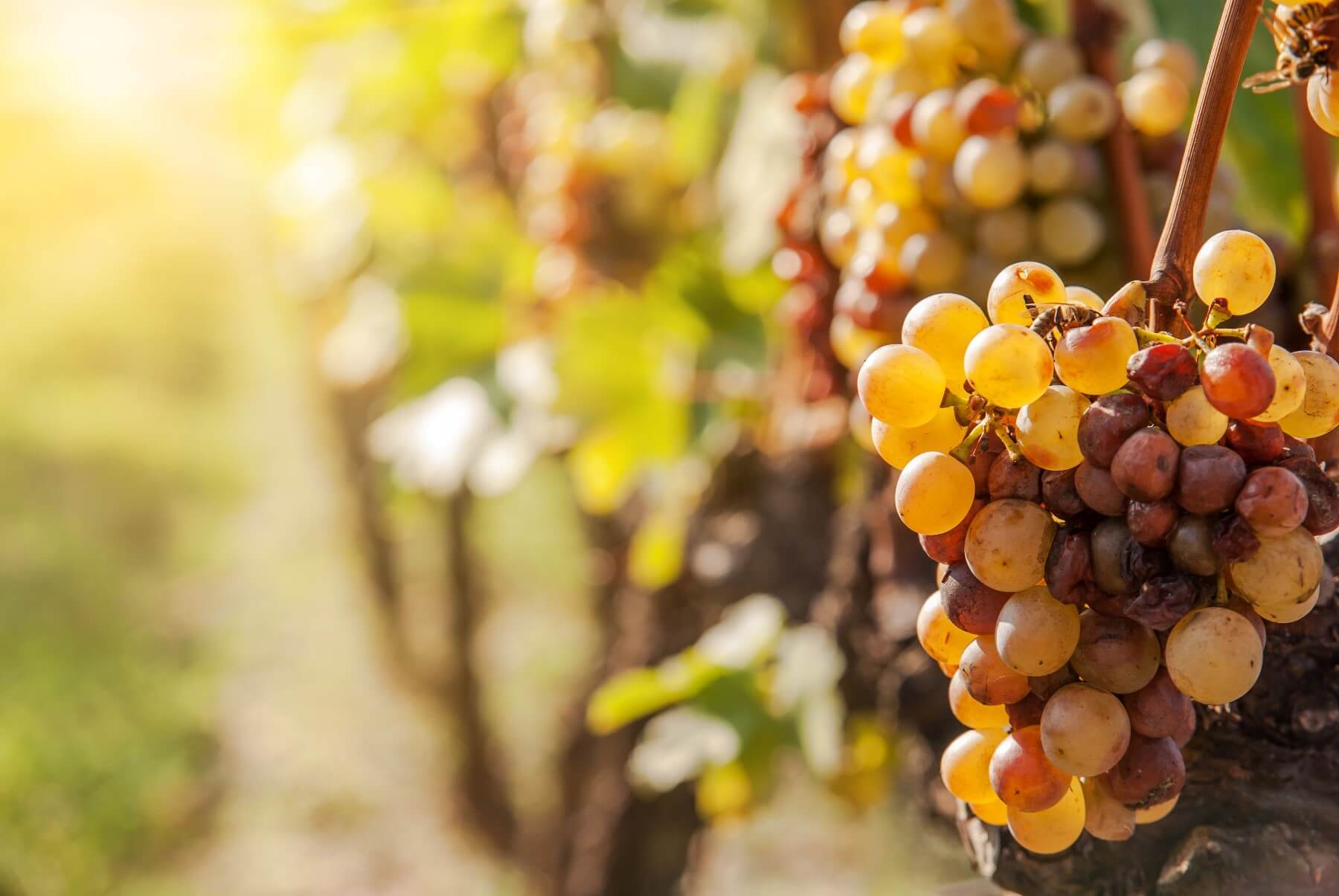 A common French term which we usually translate into English as ‘noble grapes’. These are the big ones, the greatest hits collection, the grape varietals which dominated the wine world over the past few centuries. Cabernet Sauvignon, Merlot, and Shiraz are the main red ones, Chardonnay, Sauvignon Blanc and Riesling the key whites.

The action of pouring wine from the bottle into another, open-topped container. The idea is that decanting helps remove any unwanted sediment from the wine, and gives red wines and aged white wines an opportunity to breathe and soften before drinking. 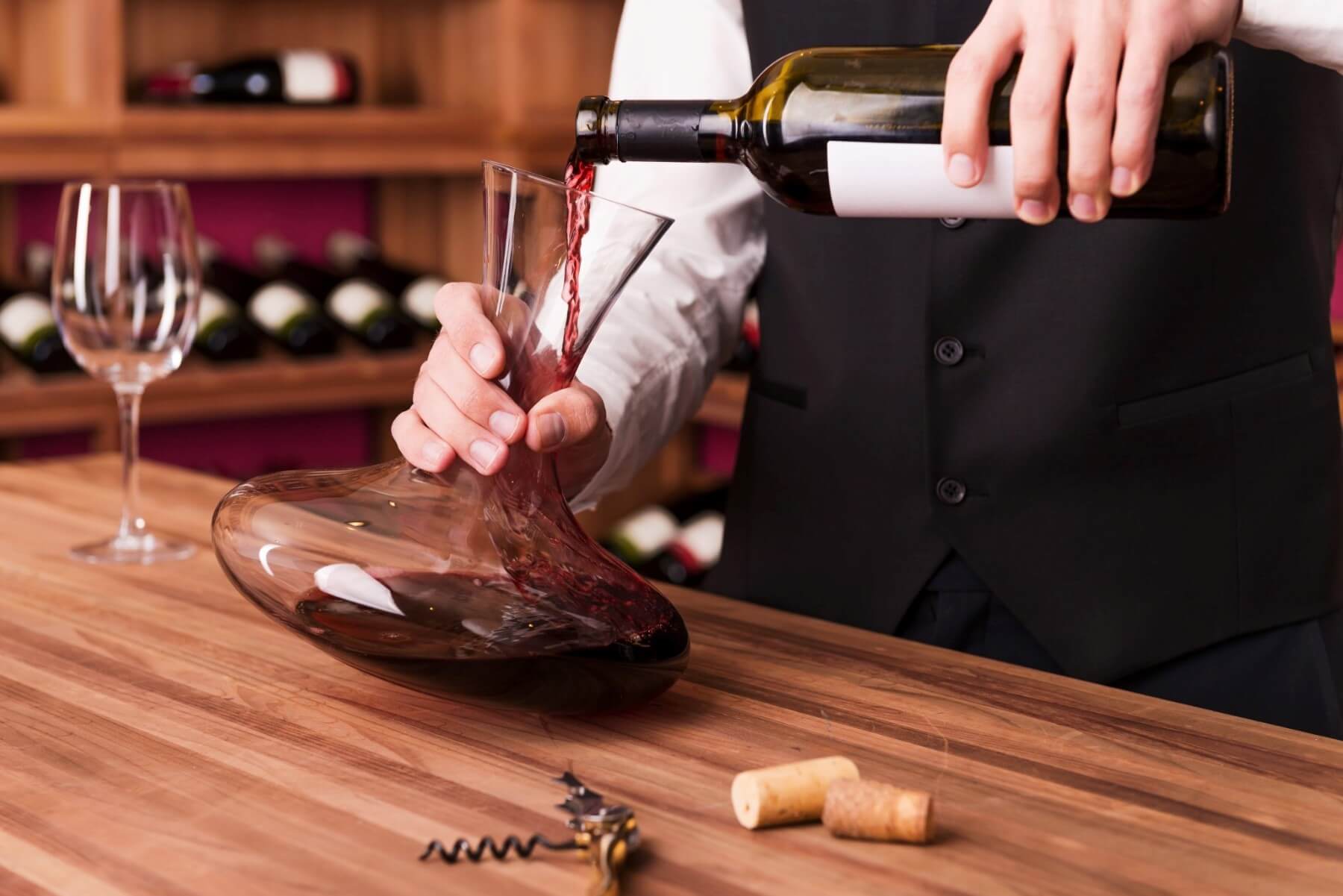 This is a term we’re seeing more and more on wine bottles as people become increasingly interested in the origins of their wine. Essentially, it means that the wine was made and bottled on the same estate where the grapes were grown. It suggests that the winemakers have complete control over the whole process, although again, it isn’t necessarily a guarantee of quality.

One of those slightly weird adjectives used by wine tasters. Flabby wines are those which lack in acidity and have a dodgy general balance, feeling fat or heavy in the mouth. Think of a bad 90’s Chardonnay, and you should get the general idea.

Another wine tasting term. Green wines are those with an unripe, grassy or herbaceous flavour, caused by a particular cool year which didn’t allow the grapes to reach their full potential.

The word ‘hard’ is often used when wines are the opposite of flabby - they’re bitter, astringent, too acidic and make your mouth pucker and cheeks ache.

An interesting type of wine nowadays mainly found in Germany, Austria and increasingly, Canada. Ice wines are sweet, honey-flavoured wines which are made by allowing the grapes to wither and dry up under a layer of frost, which freezes the water in the grapes and therefore concentrates the sugars. Really quite delicious, if you can find them.

A massive wine bottle, five or six times the size of a normal one. Often seen in windows of French restaurants, the English and the French have never been able to agree on the actual standardised size of a Jeroboam, and frankly, I’m not sure anyone really cares anymore.

This is a word used by German winemakers to describe wines which are almost of the highest quality, but not quite there.

The sediment that settles at the bottom of a tank during the winemaking process.

A complicated-sounding procedure that is basically just a second fermentation designed to remove malic acid from wine. Why? Because malic acid has a sharper, more typically acidic taste, and through secondary fermentation is can become lactic acid, which is smoother, softer and has a buttery, milky flavour often associated with fine Chardonnay wines.

What serious wine drinkers say instead of ‘aroma’.

The enemy of good wine. Oxidation occurs when wine is exposed to air, and tiny chemical reactions start to take place as soon as the bottle is opened, or if the cork is slightly warped or badly fitted. Oxidation can change the colour, taste, aroma and texture of a wine, and once the process has occurred, it is completely irreversible.

A bit of trivia for you: a punt is the small, concave indentation in the bottom of a wine bottle. There are several debates on what this is actually for - some people claim it is to help remove sediment when pouring, other people claim it is a way of making a bottle appear bigger than it is or containing more wine than it really does. My money’s on both being true.

Portuguese for ‘Farm’ and seen on most bottles of rustic Portuguese wine.

The unfermented sugar in a wine which has already been bottled. Generally seen a bad thing.

A great example of the slight ridiculousness of wine terminology and the sometimes impenetrable nature of wine language. Sec means ‘dry’ in French, and if seen on almost any bottle of wine, would indicate a dry wine with little sweetness and lots of astringency. However, if you see ‘sec’ on a Champagne bottle, this means it is sweet, as opposed to ‘brut’, which would be dry. Utterly absurd.

A slightly complicated, poetic word used by almost every winery nowadays to refer to the ‘sense of place’ the vineyard possesses. This is not just about soil type or quality, terroir also includes the angle of the vineyard’s slope, the specific climatic conditions, the minerality of the land, the water sources… pretty much everything. 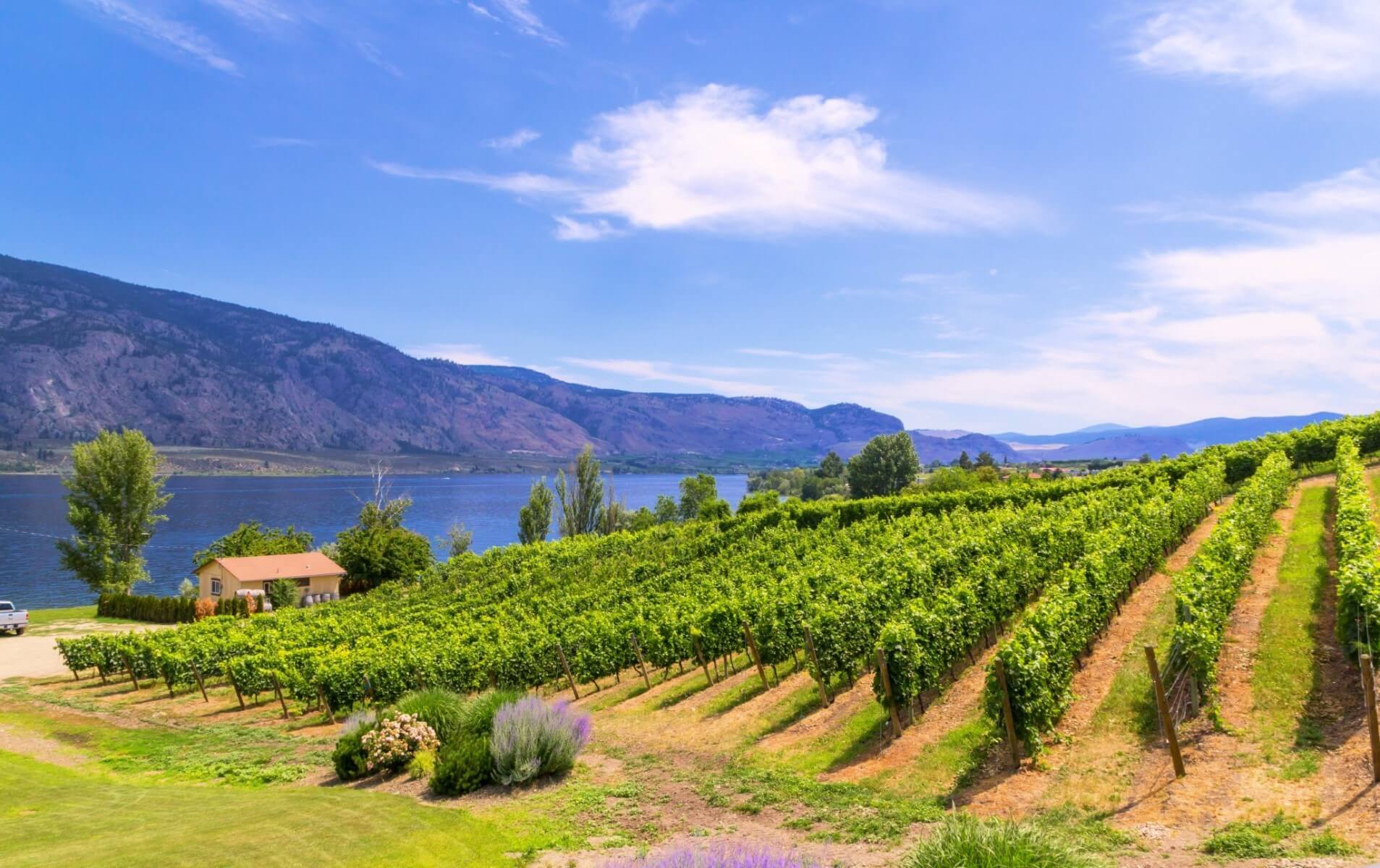 From the French word ‘ouillage’, ullage is the empty space you find between the wine and the cork in aged bottles. It is caused by gradual evaporation, and a small amount of ullage is usually not a problem. If you have an old wine with a lot of ullage, though, this almost certainly means the wine has died, as if wine can seep out, then air can definitely get in and caused oxidation.

The study/art/science/obsession of grape cultivation and wine production 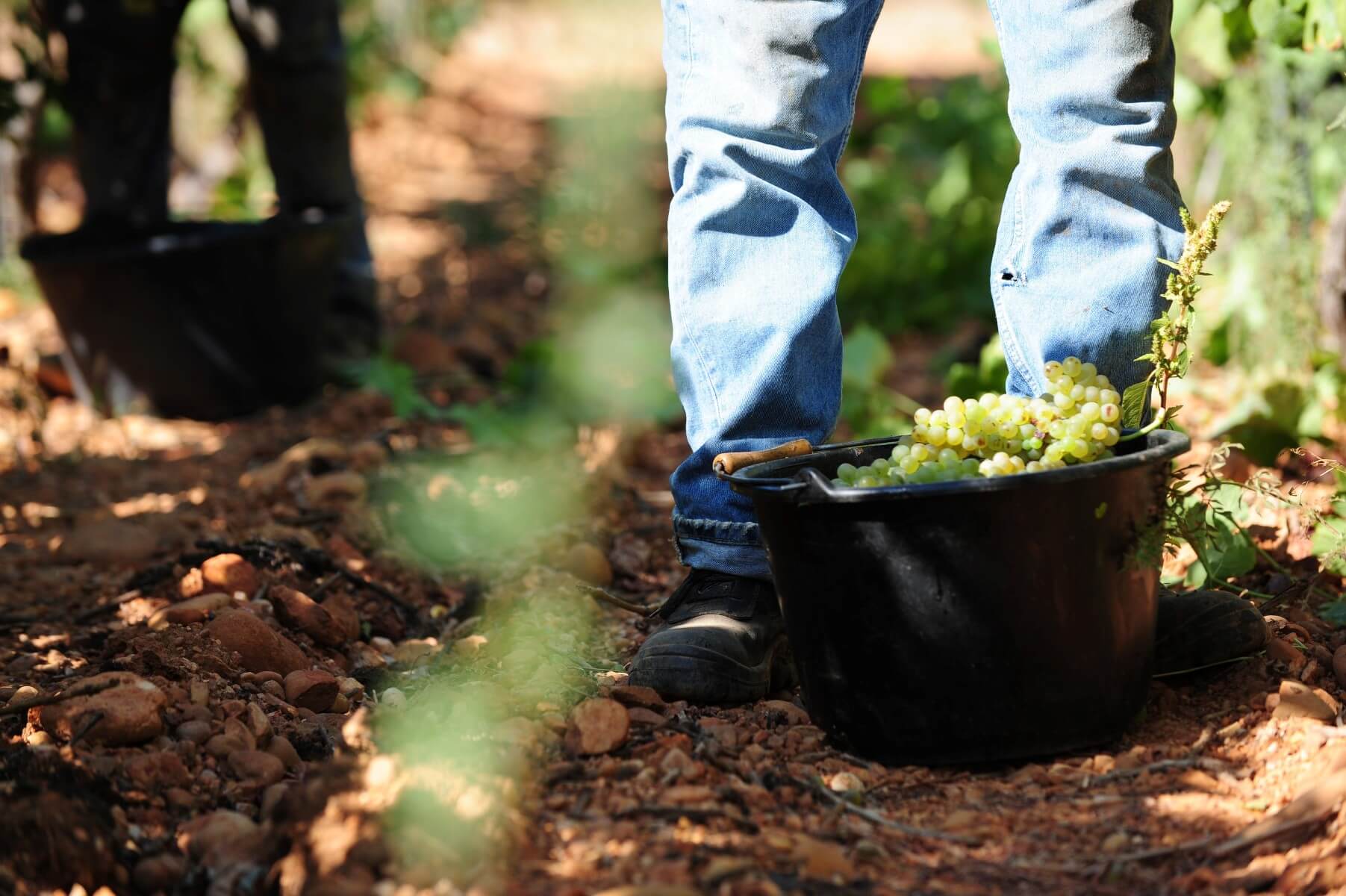 Another common - and for once, reasonably realistic - wine adjective. Used to describe earthier wines, which have taken on some of the characteristics of the barrel they are aged in. Wood really tastes exactly like it smells, and different woods have different flavours which can be imparted into the wine over time. 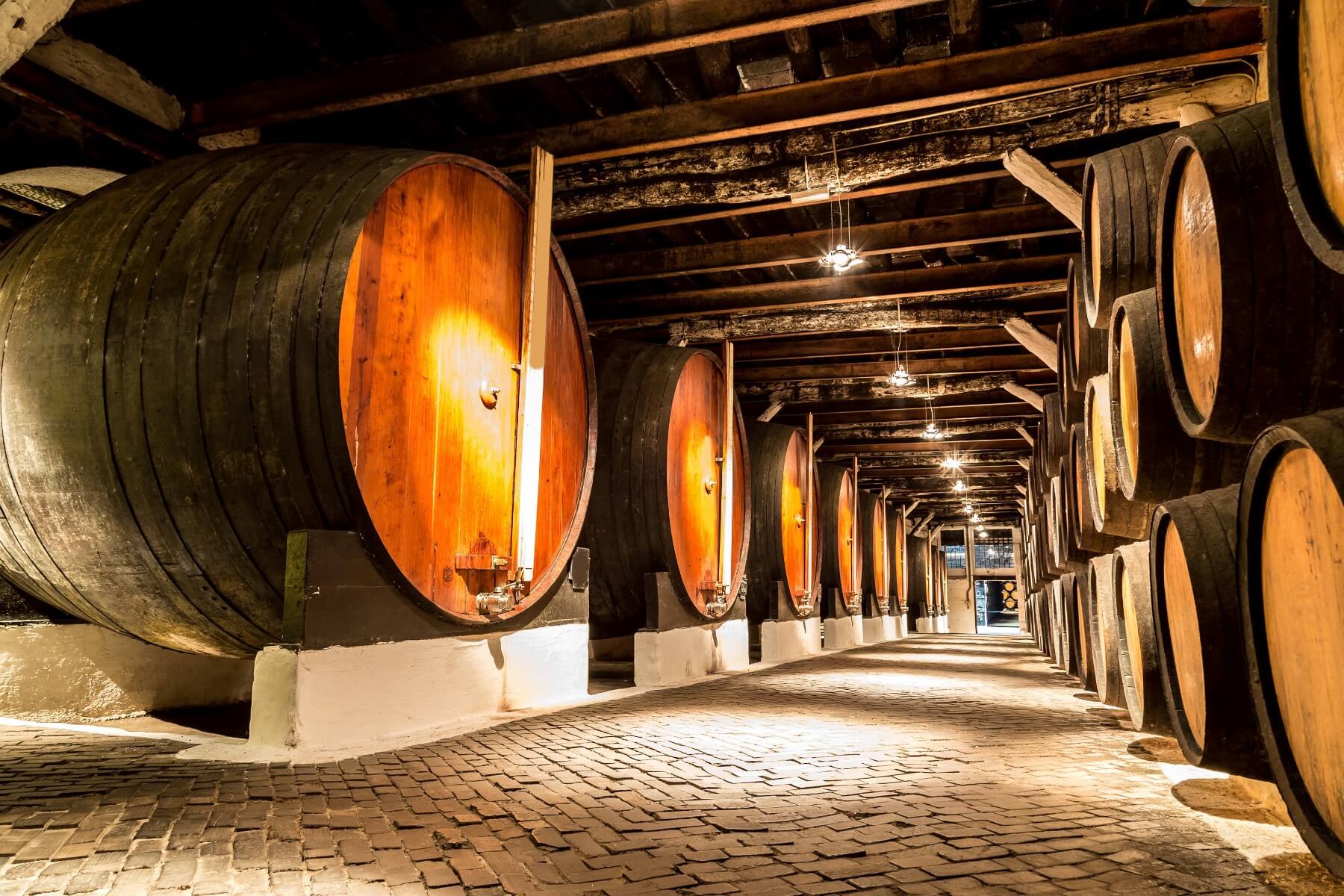 Yes, we know the list above may sound too 'foreign' to your usual wine vocabulary. But, hey, with a little bit of brushing up, you'll be a step closer to being a wine pro!

In the meantime, why not take our wine palate quiz below so we can introduce you to more exciting wines?