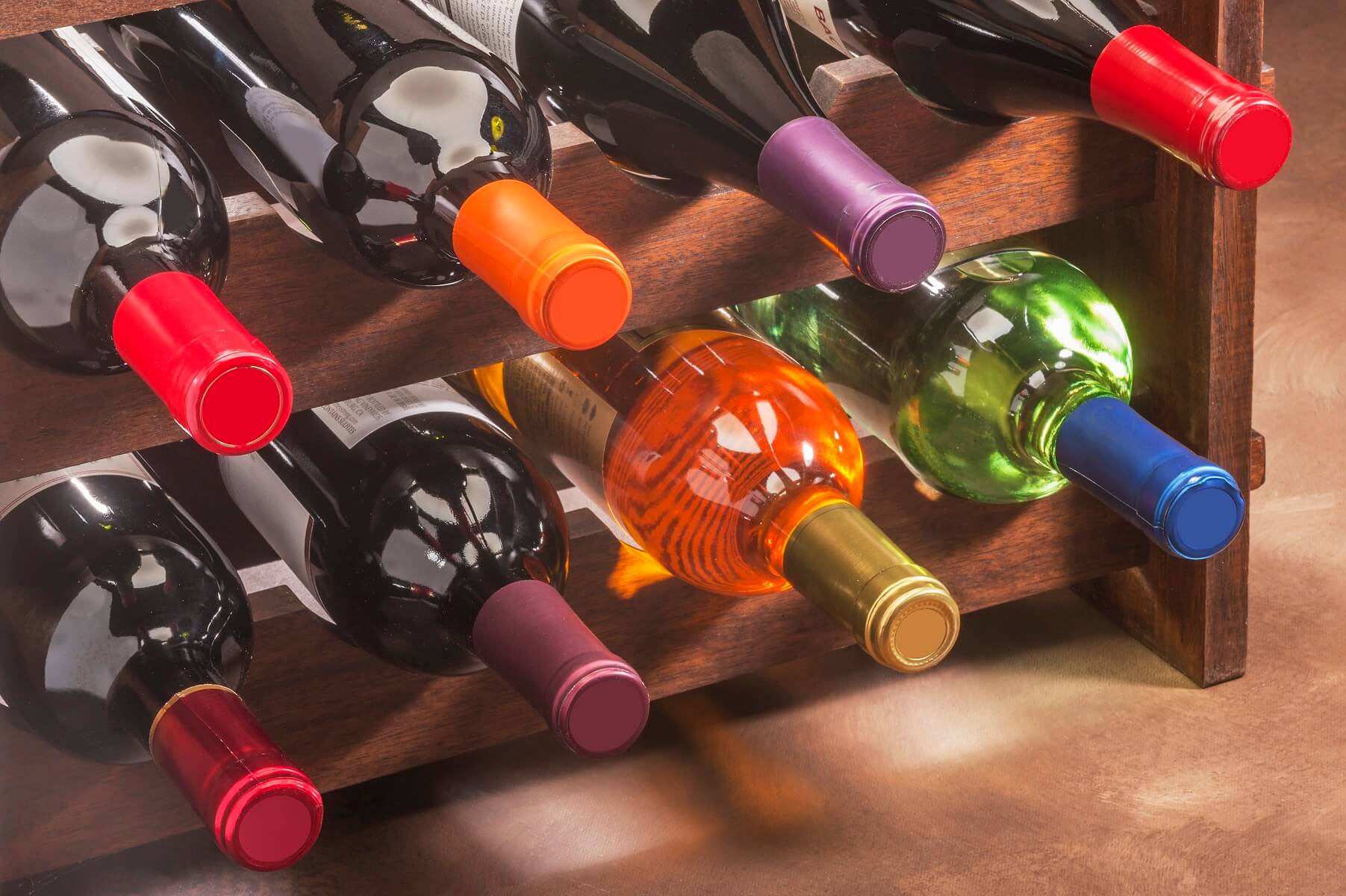 What’s With All The Different Coloured Wine Bottles?

But why do wine bottles come in different colours? Are there any rules regarding the colour of glass used? Does it make a damn bit of difference?

You know what we love? Walking into our favourite wine stores and seeing the bottles laid out, stacked on top of each other, slotted into racks or standing to attention on the tasting tables. It’s a real feast for the eyes, not least because you know your other senses are going to be very pleasantly stimulated indeed once you get a bottle or two home.

There’s no doubt about it: wine is attractive. It looks good. Winemakers - even the punkier, devil-may-care winemakers in fashion at the moment - really do take great care to ensure that their produce reaches you looking fantastic, and a big part of that involves the glass bottles themselves.

Next time you’re perusing your local wine shop, or looking for a great bottle online, stop for a moment and consider the colours of the glass bottles you’re seeing. There’s actually a surprising amount of variation out there, and it’s one of those things which, once you’ve noticed it, you enjoy even more and take more time to consider.

But why do wine bottles come in different colours? Are there any rules regarding the colour of glass used? Does it make a damn bit of difference?

If you’re a regular reader of this blog, you’ll probably anticipate the fact that - as with seemingly anything in the wonderful world of wine - there aren’t many straight answers to be found to these questions, and the facts lie somewhere between tradition and science, common sense and absurdity. No surprises there, then.

A Brief History of Glass Bottles

Glass has been around for ages - even longer than we first thought, actually. Naturally occurring glass (a product of volcanic activity) has been around since the dawn of our planet, and our neolithic cave-dwelling ancestors were pretty nifty at fashioning it into tools, too. However, it wasn’t until 1700 BC that the skill and art of glassblowing was developed in Southern Asia, allowing the first bottles to be made.

The Romans used these bottles for wine; but only for decorative purposes as back then, the glass was too fragile and brittle to store wine in over long periods. They favoured the clay pots known as amphorae, which are still popping up now and again in the trendier corners of the wine industry (and actually yield really interesting and often highly delicious results!). 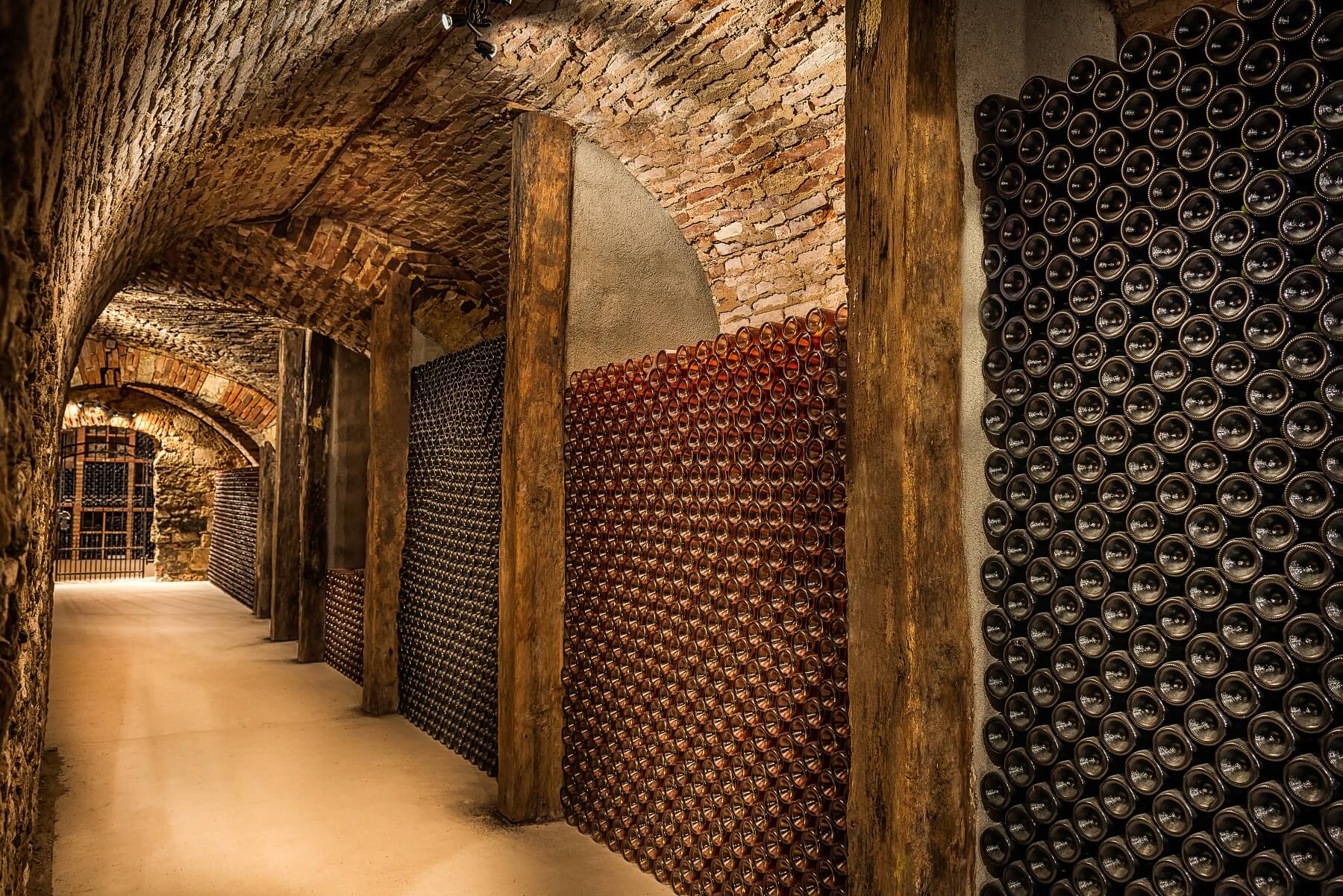 Glass bottles as we know them today first arose in the industrious 17th century, when glassmaking and blowing techniques had come on leaps and bounds with the advent of the coal burning furnace. This was followed by one of the early ‘golden ages’ of winemaking; the 1700s, when knowledge of ageing and cellaring wine became more commonplace, and wine bottles which could be stored on their sides were an important part of that.

Prior to this, glass was only dyed for very expensive decorative reasons, such as for stained glass windows or jewellery. However, it’s around this time that we began to see different colours begin appearing, and patterns quickly established themselves in different Old World countries and regions - patterns which still more or less stand today.

In the famed wine region of Bordeaux, the red wines have been stored in dark green bottles for at least two hundred years. Other wine regions keen to emulate the success, style or quality of blended Bordeaux wines (such as Rioja in Spain, Barolo in Italy and the USA’s Napa Valley) seemingly took on this trend very quickly, and actually today, the majority of red wines are bottled in dark green glass.

Also in Bordeaux, you’ll find that pale green bottles are used for dry white wines - again, something now commonplace the world over - while sweet wines such as Sauternes are bottled in clear glass, presumably to accentuate their beautiful golden honey colour. 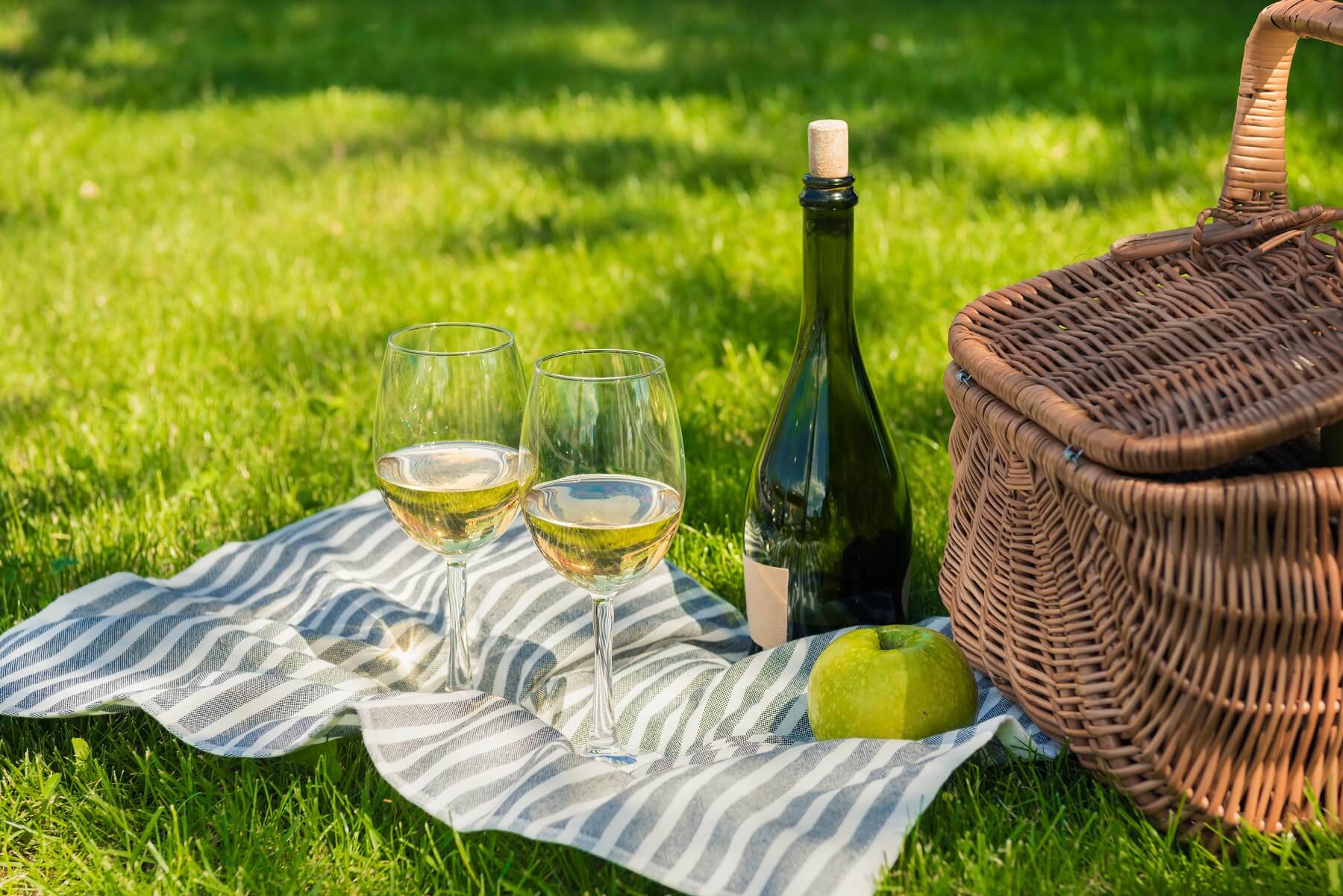 Elsewhere in France, you find quite interesting variations. For example, in Burgundy and the Rhone Valley, dark green glass is used pretty much for everything. However, travel east a little bit to the border region of Alsace, and you’ll find that the slender bottles used there typically feature amber coloured glass. This same brownish hue can be found across Germany - most prominently in the Rhineland - and historians claim it was probably first favoured in the Mosel region.

Now, all of these wine regions are massively dominated by tradition. Travel around the southern part of France, for example, and you cannot escape the fact that wine traditions are taken very, very, very seriously. As such, if Bordeaux red wines were bottled in dark green glass in the early 19th century, there’s a strong chance that will forever be the case there, even if it was proven to be detrimental in some way or other. 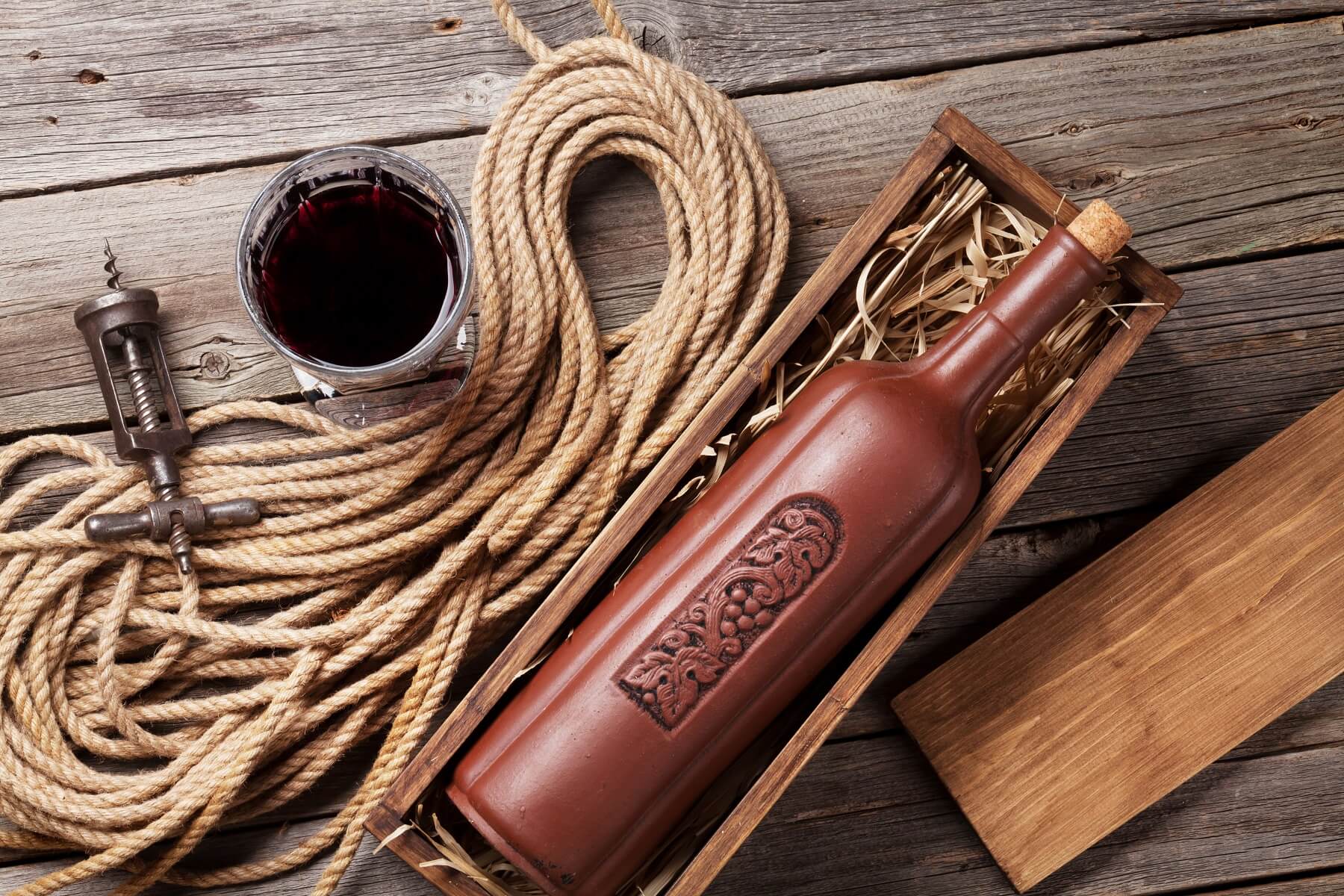 Tradition more often than not trumps reason… which is why (whisper it) a lot of the Old World wine regions have seen themselves overtaken in recent decades by countries like Australia when it comes to innovations leading to greater wine quality.

So, that’s one reason for different coloured wine bottles. Old traditions being picked up elsewhere, and enjoyed for their connection to a different age. But is there a scientific explanation for coloured glass in wine bottles? Well, the jury’s still somewhat in disarray on this (again, no surprises there…) but at least one explanation for it does seem to make sense.

Red wines are sensitive. As any wine buff will tell you, the really great bottles do need to be taken care of, should you wish to enjoy them at their fullest potential.

That means keeping them in the right position, moderating the temperature they are stored in, and - crucially, for what we’ve been discussing - keeping them out of direct sunlight.

Some historians claim (with plenty of debate) that the dark green colour favoured for red wine bottles around the world was first innovated not merely for aesthetic or regionalist reasons, but also because those early innovators recognised the importance of blocking out light in order to keep the wine in tip-top condition. While they may not have known much about UV damage, it’s definitely believable that during this time when wine collecting, ageing and improving was becoming commonplace, winemakers would have considered this. 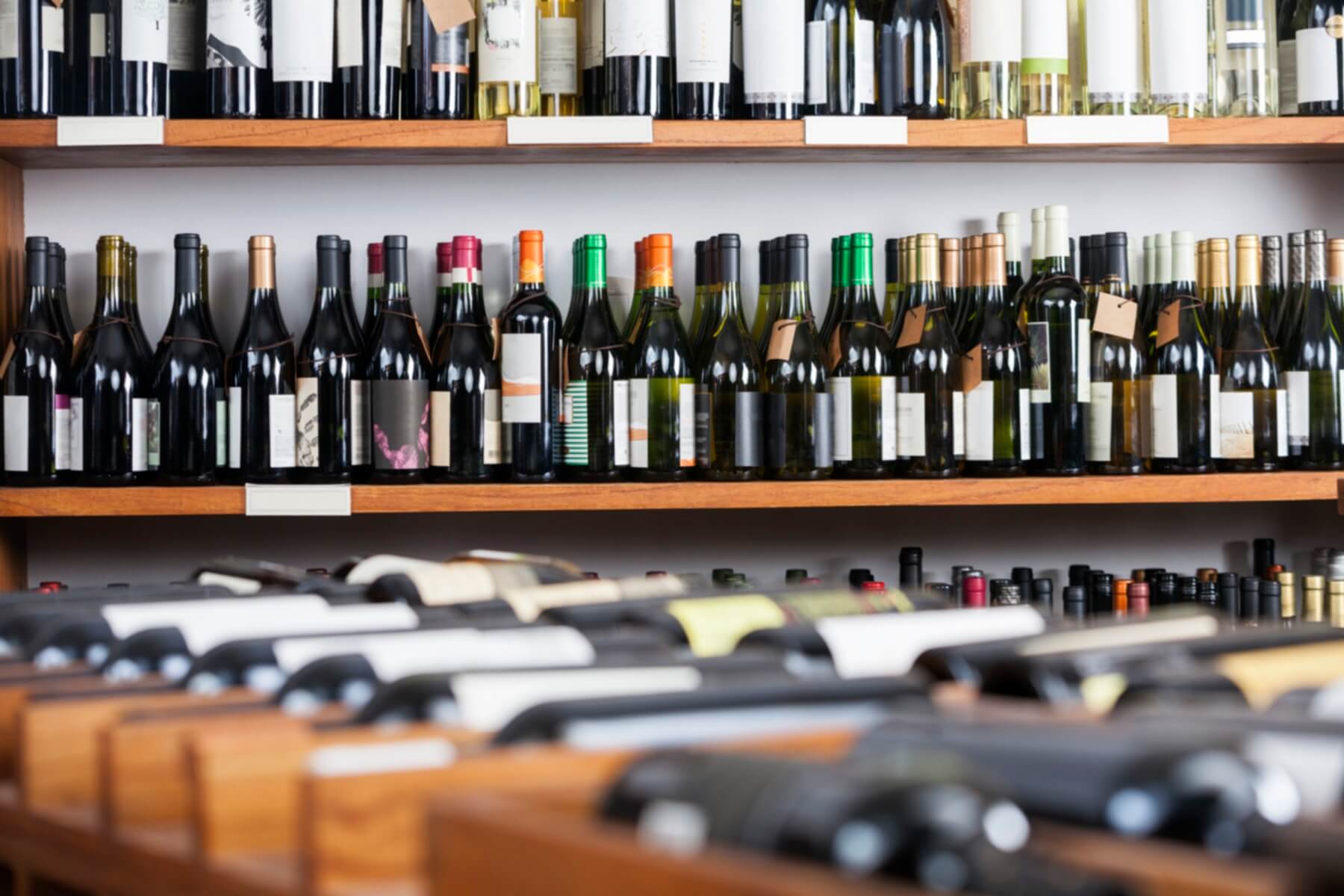 White wines, of course, needed less protection, as they would have been drunk younger… with the exception of certain wine styles (such as Alsace and Mosel Rieslings) which could be aged for a period of time, hence the semi-shaded amber glass bottles.

Of course, there’s plenty of debate on this point. Some wine historians say that dark green glass was used for Bordeaux and similarly ‘heavy’ wines for the simple reason that the winemakers wanted to hide all the unattractive sediment these wine styles typically carried.

And perhaps that’s all there was to it. Who knows? Does it matter? Perhaps not… but that doesn’t change the fact that wine remains a fine looking drink, no matter what colour the bottle comes in!

Have a go at our fun palate profile quiz here and we’ll recommend three bottles that we think you'll love according to your results!