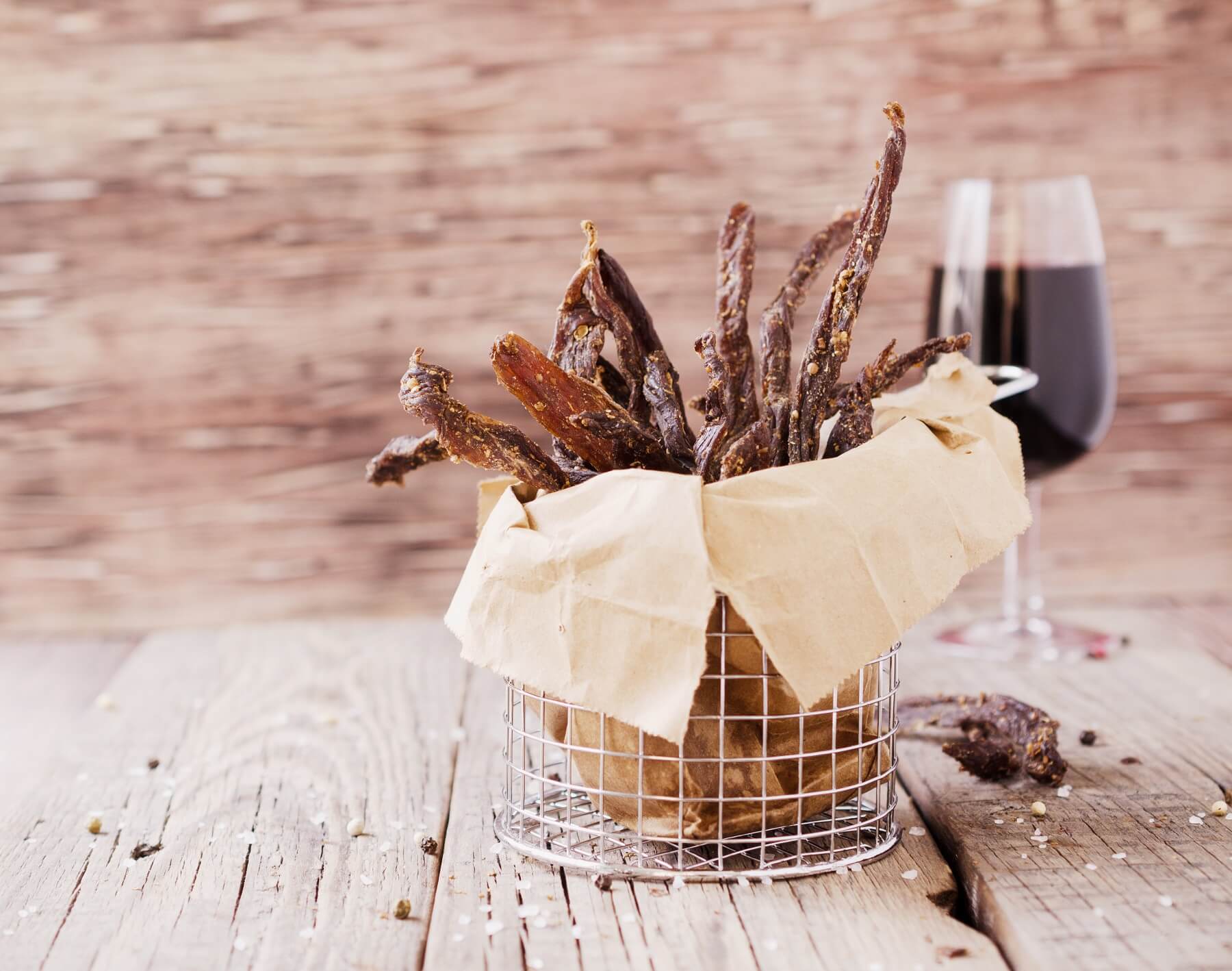 If you've never sampled the Dutch Influencd South African cooking, then boy are you missing out! Although their emphasis is on relatively simple dishes made with one protein and a few vegetables, which at first may not sound that appealing... Instead I want you to think: lots of slow cooked

If you've never sampled the Dutch Influencd South African cooking, then boy are you missing out!

Although their emphasis is on relatively simple dishes made with one protein and a few vegetables, which at first may not sound that appealing... Instead I want you to think: lots of slow cooked meats and vegetables laden with heavy spices, simmering and sizzling all day till they are the perfect balance of texture, tenderness and tang!

We’ve got the lowdown on the most popular South African dishes, and what to drink with them!

Similar to an Aussie BBQ, a braai is a social occasion as well as a chance to cook stuff over an open flame.

One of the most popular items to cook are Boerewors – a long, coiled sausage often sold wrapped in a circular fashion. The name translates to ‘farmers sausage.’
It is a beef sausage, often blended with some pork. It is spiced with coriander seed, black pepper and nutmeg.

With this meaty treat cooked over coal, try a classic South African red made from Pinotage - itself rich, smokey and meaty. The most classic combination imaginable. 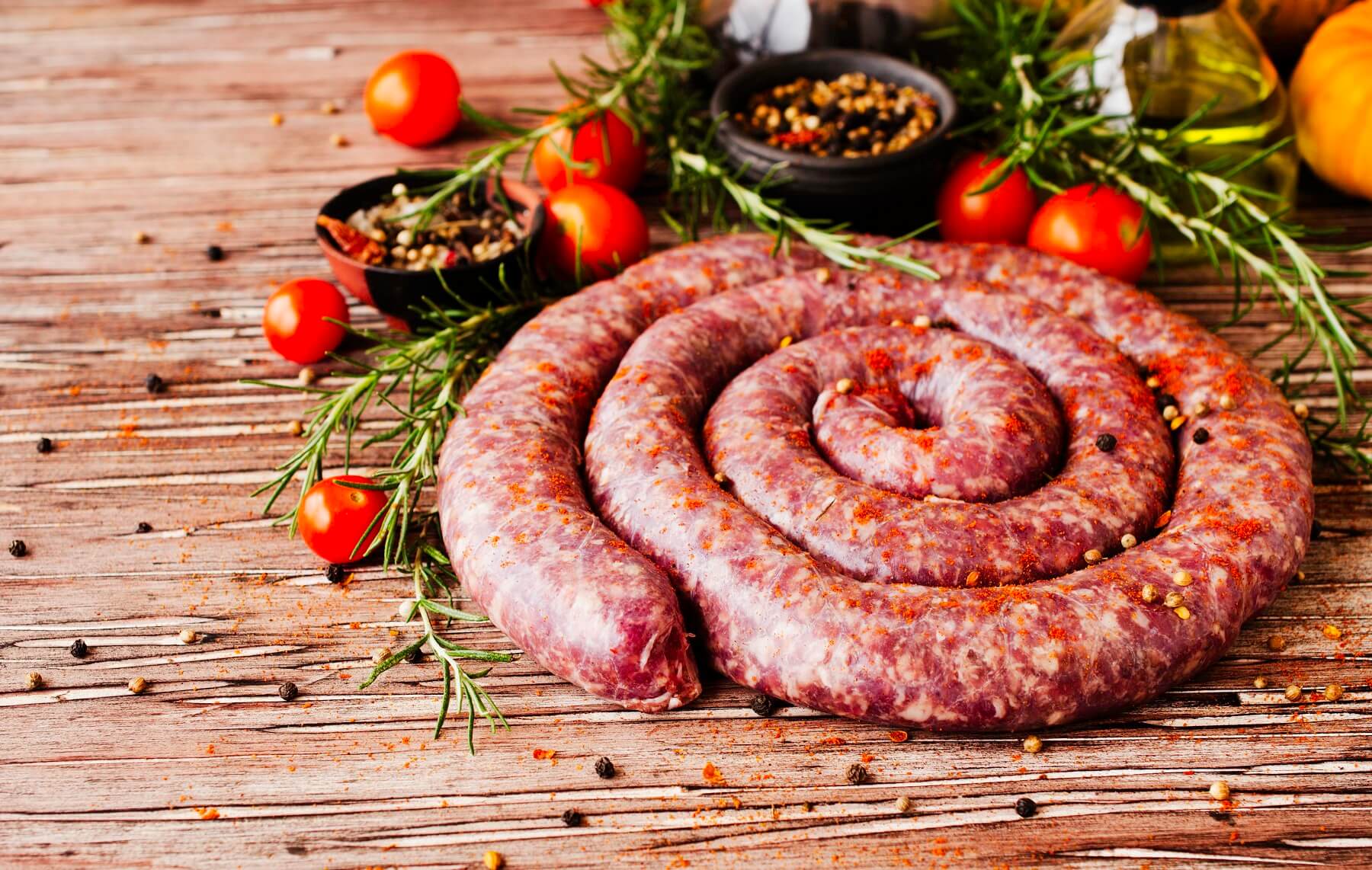 Biltong is a cured and air-dried style of charcuterie, made from beef. Over the years, various spices like coriander and pepper were added to boost the flavour. It is easily the most popular savoury snack in South Africa.

Like most charcuterie, one of the best matches is a dry rosé with plenty of acidity. 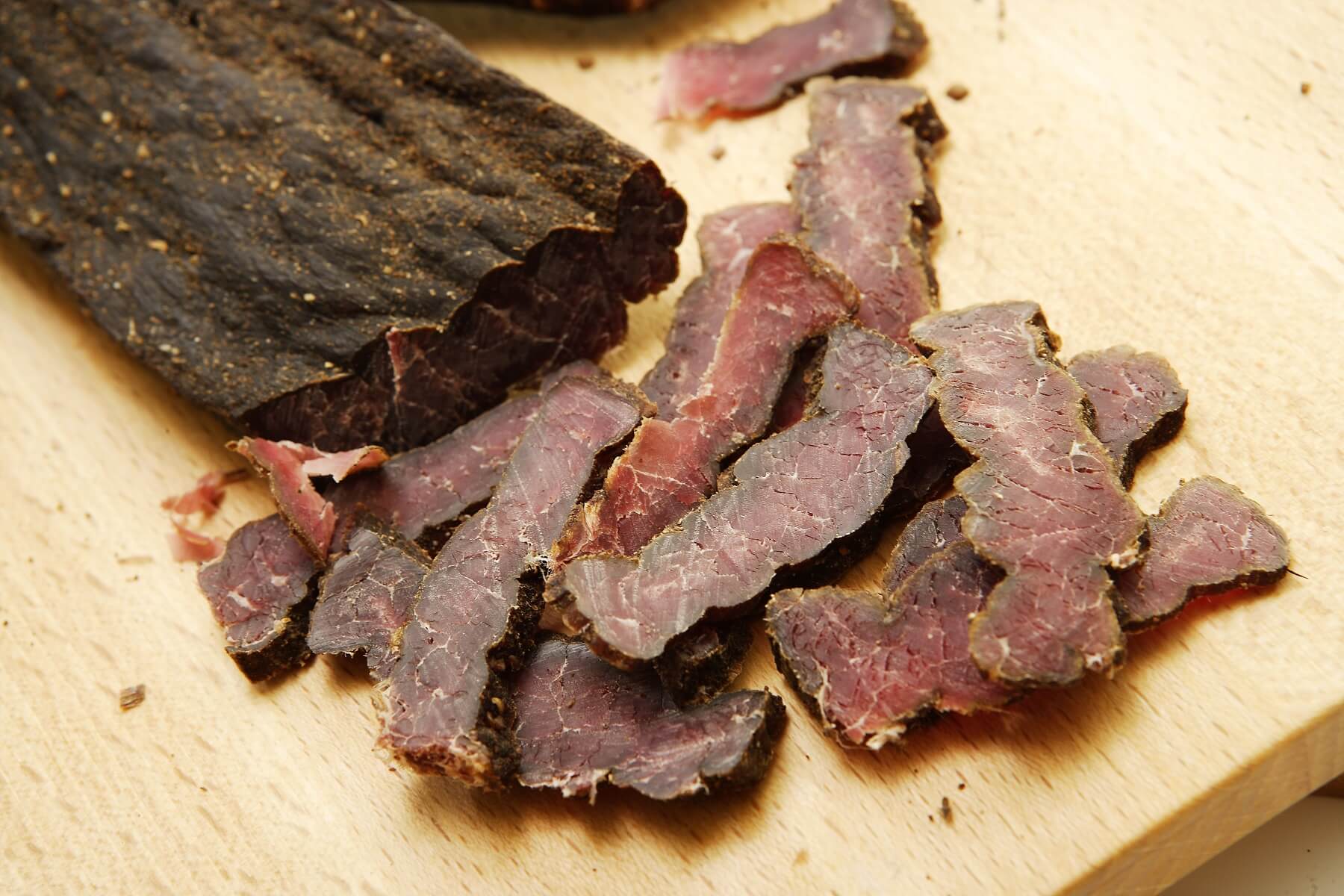 Curry stuffed into a hollowed-out loaf of bread…doesn’t sound particularly appetising, but you’d be surprised!

A decadent mix of spices, gravy and tender meat in a handy edible container, this unusual dish is the product of the ingenuity of the immigrant Indian population of Durban, and spread to the rest of South Africa.

Most people would drink a cold lager with this spicy concoction, but we think fresh and crisp Chenin Blanc would also go down a treat. 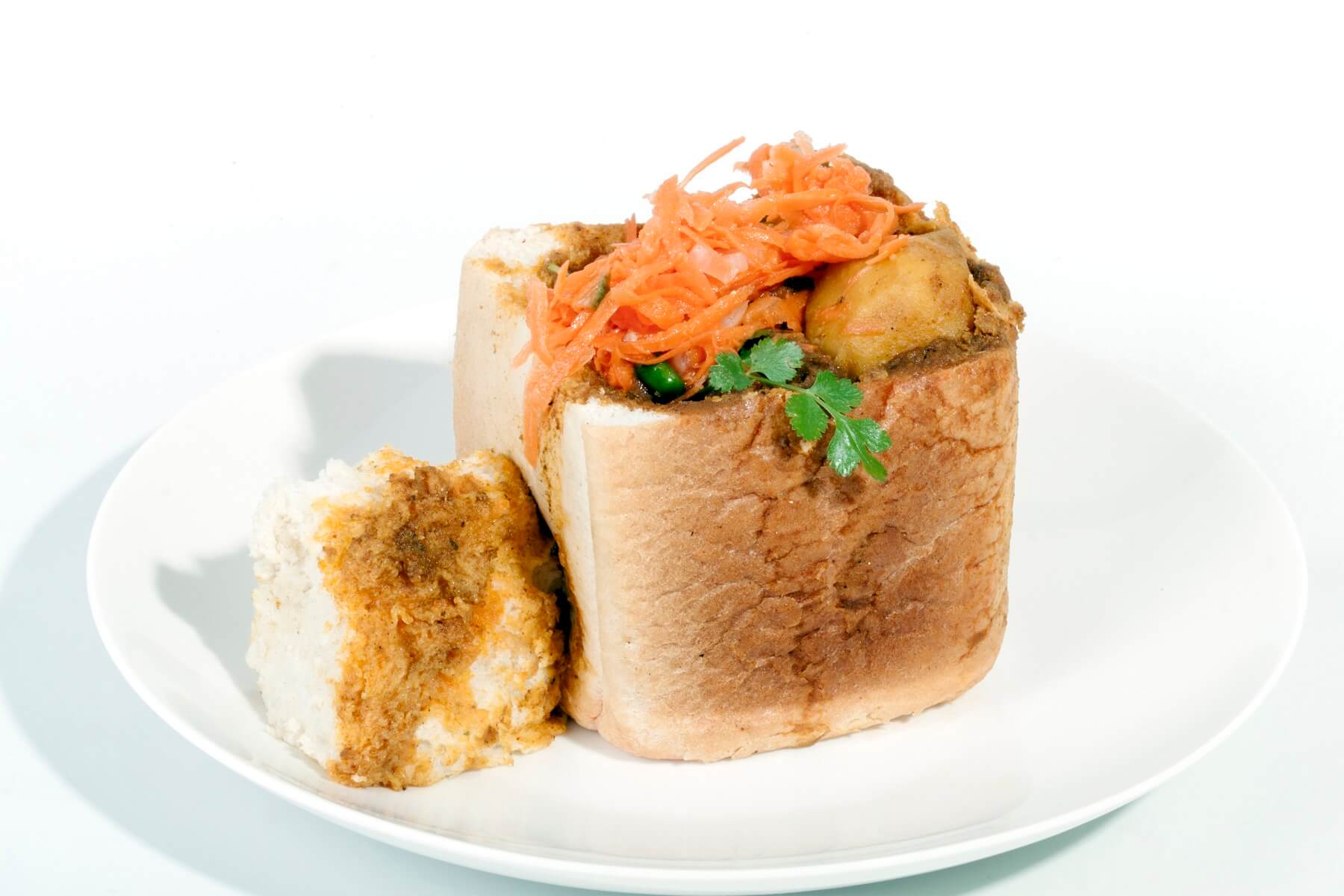 The Dutch influence on the Afrikaans language means you often have words that seem unpronouncable to native English speakers, and the above dish is a great example. A real mouthful, in every sense of the word!

Although the pumpkin fritters are often eaten with sugar or caramel suce, as a dessert, they work brilliantly with the spiced vegetable relish known across the country as Chakalaka (or the ultra-hot version – Boom Chakalaka.)The pumpkin is cooked and then mashed before being formed into fritters and cooked again.

To work with the heat from the Chakalake, try a spicy but medium bodied Grenache, perhaps Cotes du Rhone or the like. 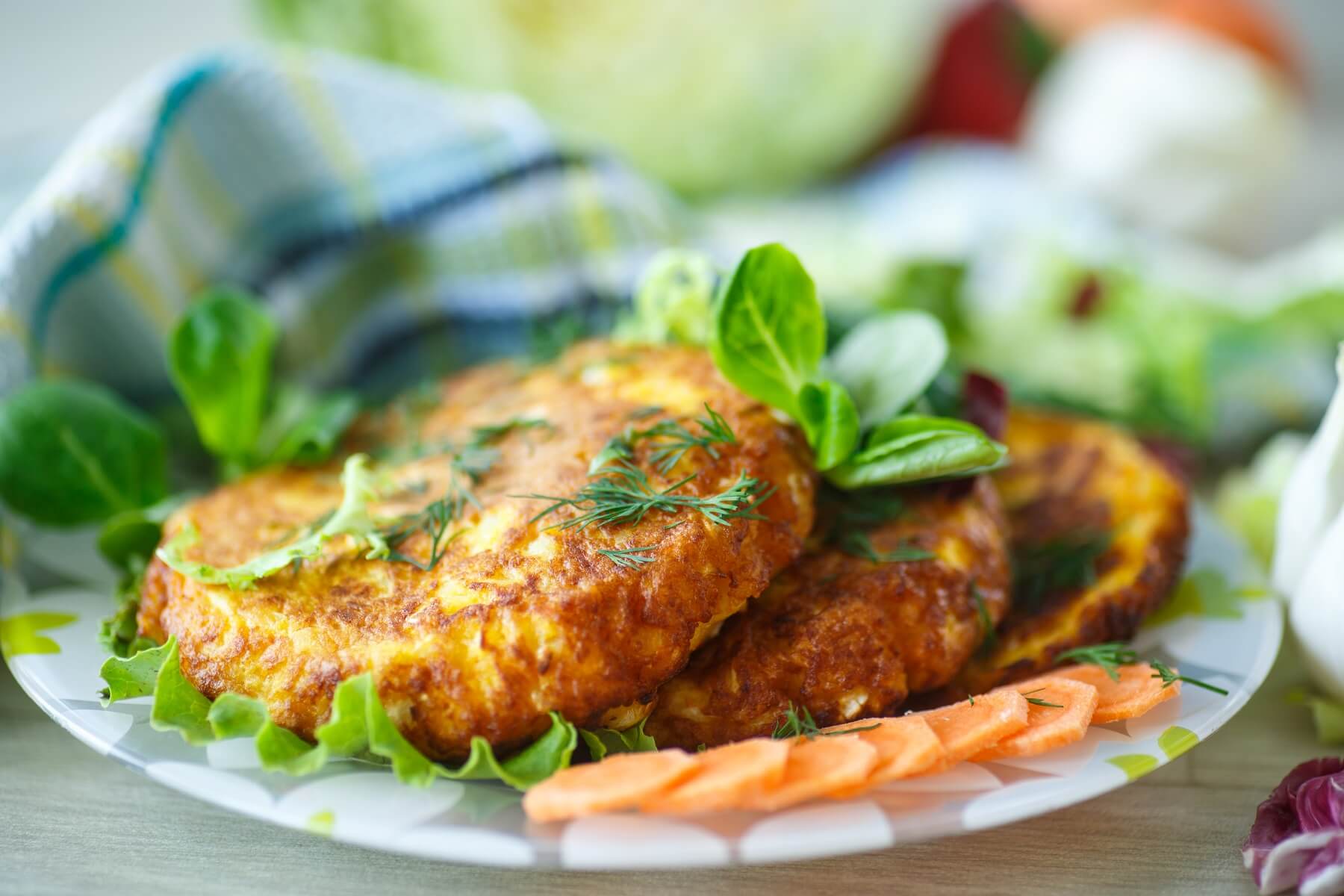 These work brilliantly with any wine labelled as hanepoot – an Afrikaans word that is used as a synonym for Muscat. These wines are sweet and fruity, and marry perfectly with the apricot jam. 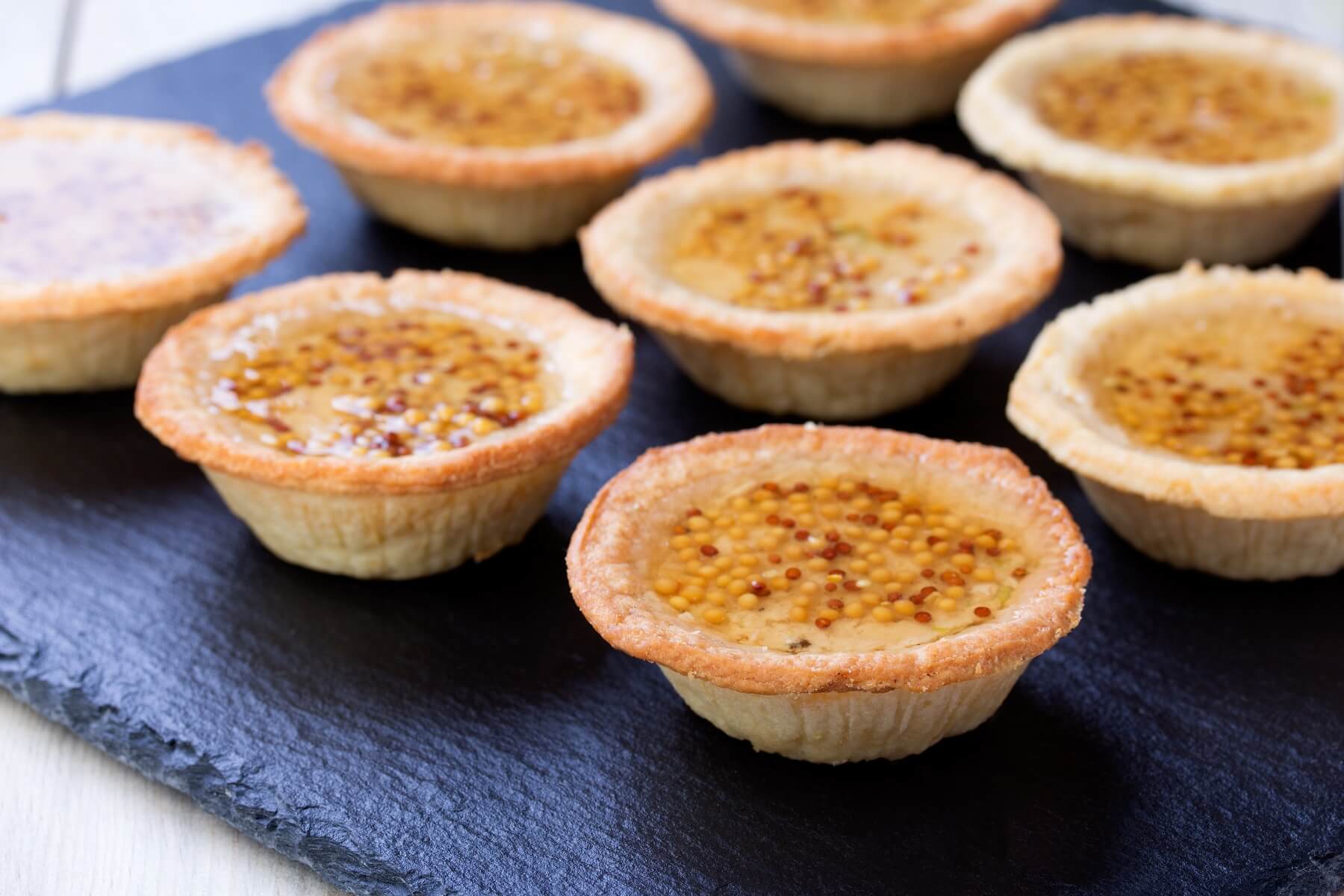