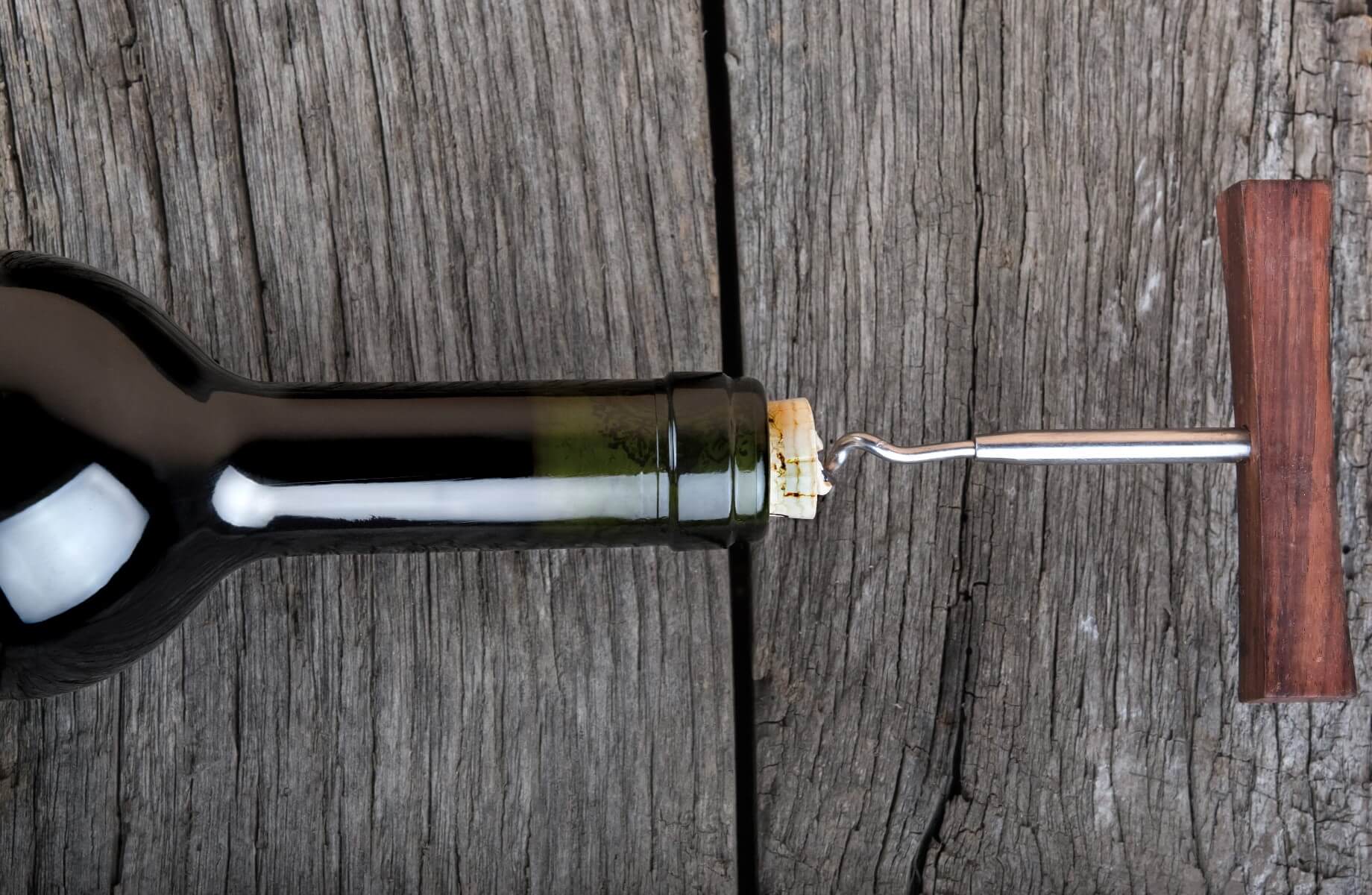 Five Wine Flaws and How to Spot Them

The unfortunate truth is that a lot of wine flaws are a little difficult to spot, and this is complicated further by the fact that a lot of us simply lack the confidence to speak up when we think something’s not quite right with our wine.

It’s a sad fact of life: from time to time, just like any other product made from natural ingredients, wine does occasionally go bad.

However, a large bunch of is and even plenty of professional wine folks aren't able to spot flaws in their wine. It’s totally possible that many of us end up pouring ourselves glasses of spoiled wine, without really realising that this is what we’re doing - and nobody wants a mouthful of less than spectacular vino.

Think about this for a moment. If you gave somebody some curdled milk to put into their coffee, or handed someone a pot of rancid yoghurt to eat, they’re likely to be seriously unimpressed. They’d toss it away, and probably never come to your house for dinner again! So why do so many of us put up with tainted and spoiled wine?

The unfortunate truth is that a lot of wine flaws are a little difficult to spot, and this is complicated further by the fact that a lot of us simply lack the confidence to speak up when we think something’s not quite right with our wine.

The world of wine remains a slightly lofty and elitist one to this day, and this causes most casual wine drinkers to just accept what they’re given, even if they suspect something’s afoot.

To help you in the future, here’s a list of tips on how to identify the five most common wine flaws, and hopefully next time we come across a bad bottle, we can use this knowledge to speak up and get a decent one on the house!

Although much less relevant in Australia these days, with the widespread take-up of screw caps, Corking is still the most well-known flaw which affects wine for much of the rest of the world, and it is certainly among the most frustrating on the list. Corked wine is wine which has been attacked by a very specific fungus which creates a series of chemical reactions within the bottle or cask.

When the fungus meets the natural plant chlorophenols in the wine, it creates a chemical called TCA (246 Trichloranisole for the wine geeks out there), and this plays absolute havoc on the wine. It’s a common flaw - so common, in fact, that ‘corked’ has become somewhat synonymous with spoiled wine, despite it referring to a very specific, singular problem. 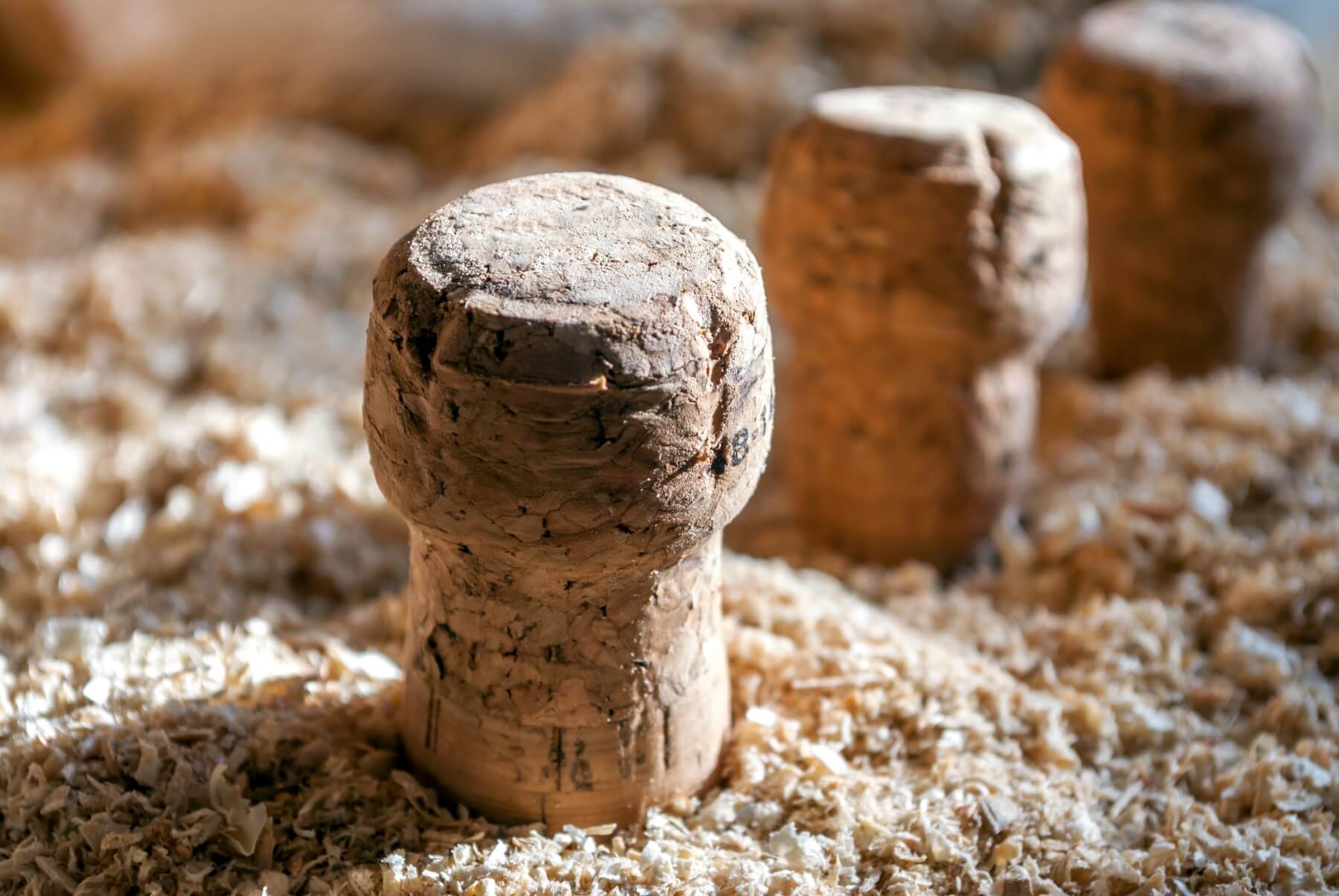 The most common source of this irritating fungus is natural cork - something which is used in the vast majority of wine bottles found all over the world. Conservative estimates have stated that up to 5% of all wines produced today are affected by corking, so it’s pretty likely you’ll come across it at some point if you haven’t already.

Nine out of ten corked wines simply taste muted, flat, and a bit wrong. However, when the chemical presence inside the wine is greater, and the corking effect is stronger, you can’t mistake the smell of corked wine for anything else. It’s horrible: wet newspapers rotting inside musty basements. The nastiest old man pub you’ve ever set foot in. A really unpleasant smell, and if you come across it, there’s no way you’d be tempted to take a sip.

Does your wine remind you strangely of an over-brewed cup of tea? Is tasted flat and stewed and bitter? If so, the chances are your wine is ‘cooked’. This is a fairly self-explanatory wine flaw - it occurs when the bottle is exposed to very high temperatures, which kill the wine and deaden their more interesting features, leaving them flabby and devoid of depth.

This is a really common flaw, and in our climate it’s easy to see why. If you’re importing or exporting wine by sea, crates of wine are sometimes left for hours on hot decks, on sun-drenched loading bays, or packed tightly inside sweaty metal containers. It could even be a case of your wine store keeping the bottle in the wrong place; near a hot window in the midday sun, or next to a heater in a cellar.

Cooked wines are easy to spot in bottles with corks. The heat causes expansion inside the bottle, and this will force the cork up and out of the neck by a few centimetres. If the bottle has streaks of dried wine on the outside, this also suggests cooking. If you give your cooked wine a sniff, it’s likely to smell raisiny or of stewed fruit. Toss it away, and ask for a new one! 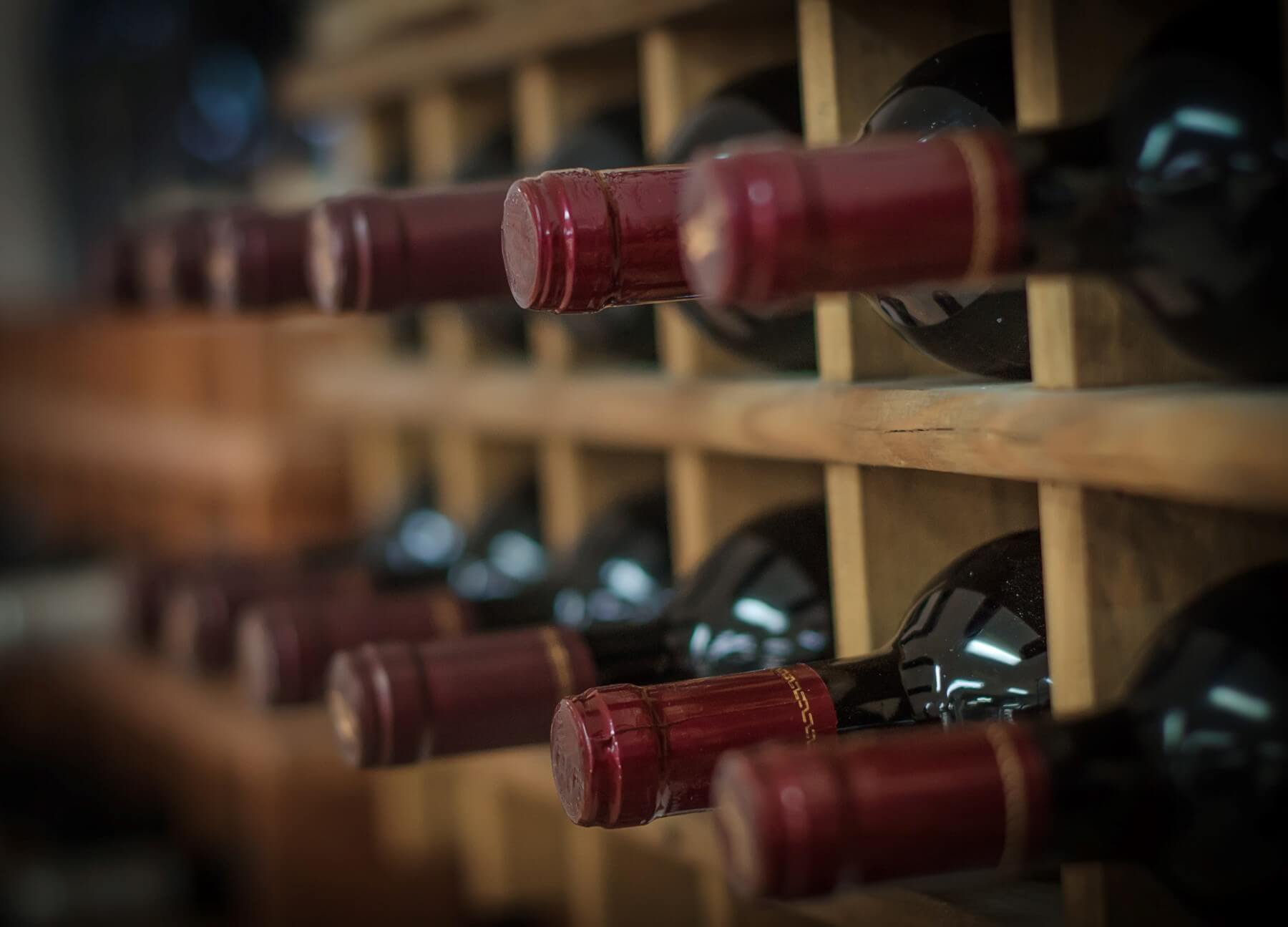 Oxidation is nothing unusual. In fact, we see it all around us every day. If you take a bite from an apple, and leave it on your desk for fifteen minutes, what happens? The flesh of the apple begins to turn brown. This is oxidation - the chemical reaction which occurs when something comes into contact with oxygen, and begins to break down. The same process happens to wine, and it can be caused by many things, from cork shrinkage to poor storage techniques.

Referring to oxidation as a flaw is a little bit misleading, actually, as tiny bits of oxygen getting into your wine is no bad thing. This is why we let our red wines breathe before pouring them, and this is also why wine is aged in wooden barrels rather than in airtight containers. Oxidation in small quantities rounds out the harsh edges of the wine, improving the flavour, body and texture. Too much oxygen, though, and your wine is ruined and as unappetising as that brown old apple.

Oxidised wine is easy to spot - usually the colour is the first giveaway. Oxidised white wines turn muddy and amber in colour, and red wines go a murky brown. The aroma will stink of cider vinegar, cheap sherry and acid, and the wine will be as flat as a pancake. 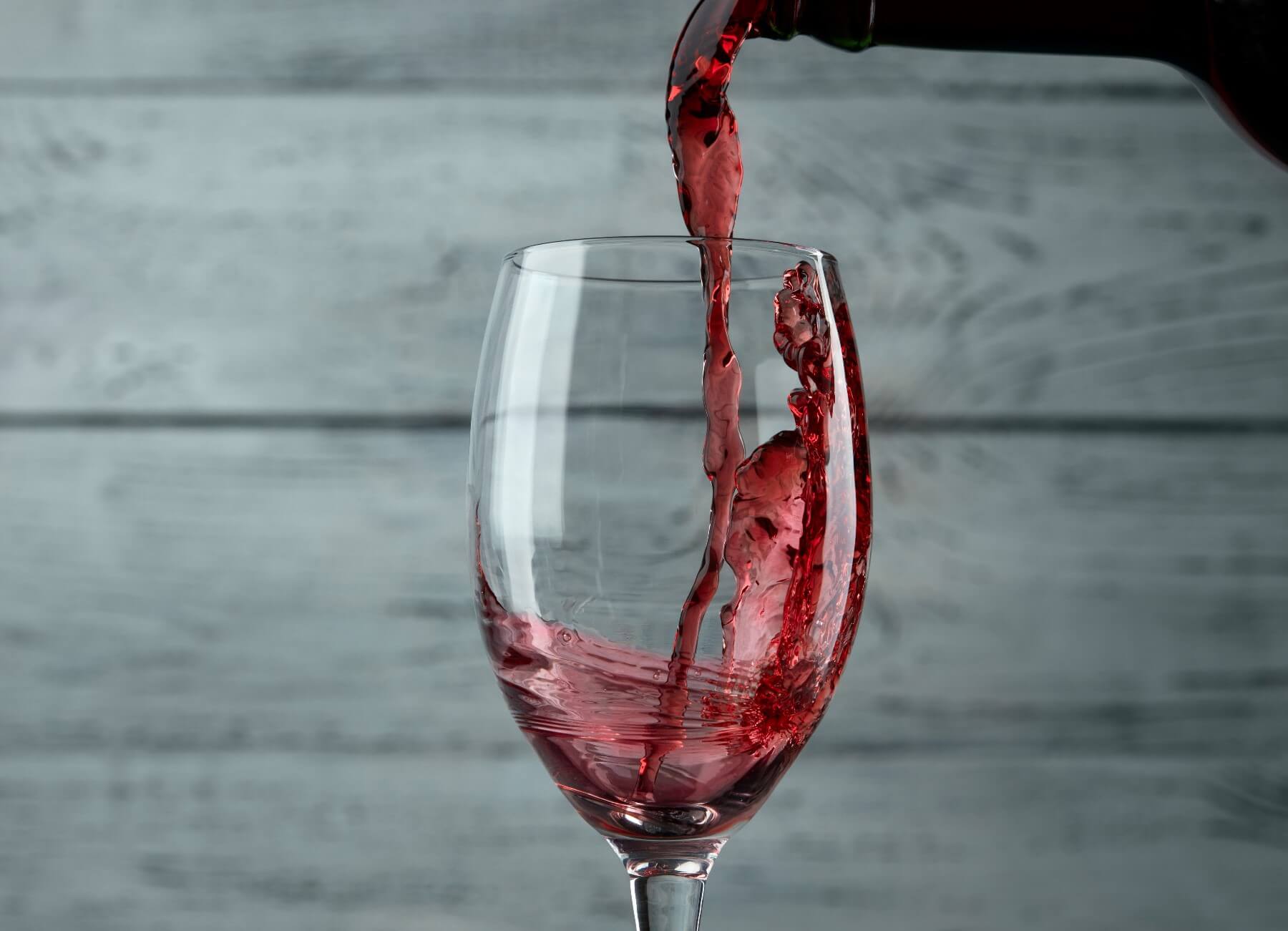 Brett is the common, abbreviated name for Brettanomyces - a simple form of yeast which is regularly found in wineries. It is attracted to the phenols found in red wine, and it brings a distinctive muddiness to the wines it comes across.

Again, it’s a little misleading to refer to this as a flaw, because in small quantities, a touch of Brett can add an interesting element to the wine, bringing out forest-floor flavours which complement some wines’ natural earthiness. Some wineries even work with it purposefully, although it has to be in carefully controlled amounts as too much will make the wine unpalatable.

Brett is recognisable by its strong barnyard smell. When it’s good, it adds a meaty sort of flavour and aroma to the wine, and it can be very floral, too. When it’s bad, it’s really bad - imagine a wet dog licking the rim of your glass on a hot day, after chowing down on some roadkill. Not nice.

In many ways, this is the opposite effect to oxidation. Sometimes, wines don’t have enough exposure to oxygen during their production, or during the ageing process - be this in a cellar, or in the bottle.

Reduction is, in a way, the opposite to the oxidation flaw we discussed above. It can happen that some wines simply don’t get enough oxygen during their maturation and production, whether in the bottle or in the cellar.

Reduced wines are pretty distinctive, too. They tend to have a really unpleasant odour, like sulphur and rotten eggs. Interestingly, this is the one flaw which can be solved at home - all you need to do if you suspect your wine has suffered from reduction is decant it quickly, let it breathe for a good hour, and give it the oxygen it needs to sort itself out.

This should make it more palatable, although I wouldn’t blame you if you took the bottle back anyway. If you’re a bit of an amateur scientist, you can do a quick and easy experiment at home to fix a reduced wine: just drop a copper penny into the decanter, and allow all of the sulphur molecules to fix themselves onto the copper in the coin. This will make the sulphur completely undetectable to your nose or palate! 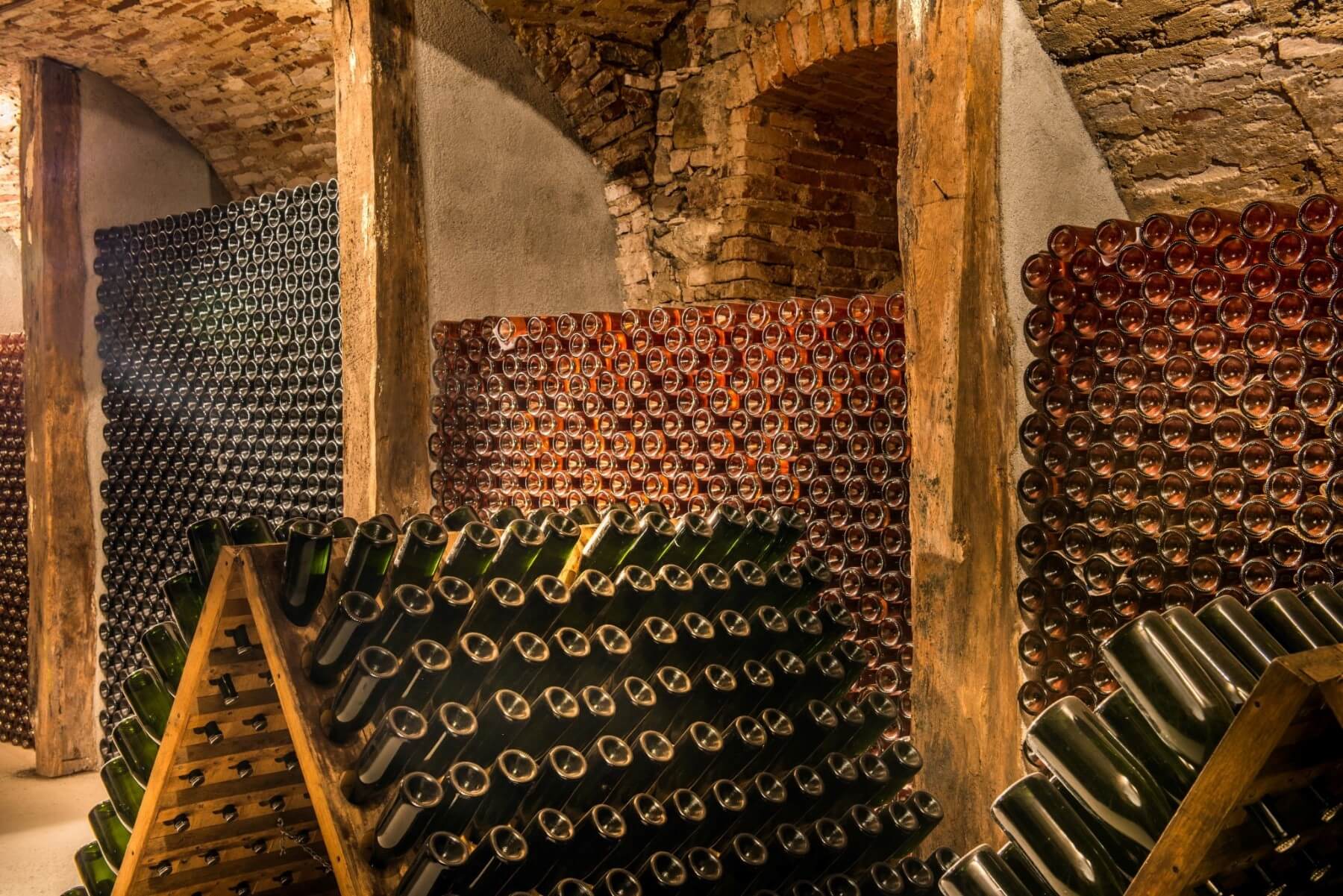 If you suspect your wine is suffering from any of these flaws, don’t be afraid to take them back to your wine shop and request a new bottle. These problems are all common and are all part and parcel of the wine world - in many ways, they keep things interesting. Your wine dealer will be aware of all of them, and if they value your custom, there shouldn’t be any issues at all. If they cause a fuss, there’s always another wine shop to try!

In the meantime, why not take our wine palate quiz below so we can introduce you to three wines chosen for your personal palate?

Next up: Take our Wine Palate Quiz and we'll match your personal tastes to our top three recommended bottles just for you