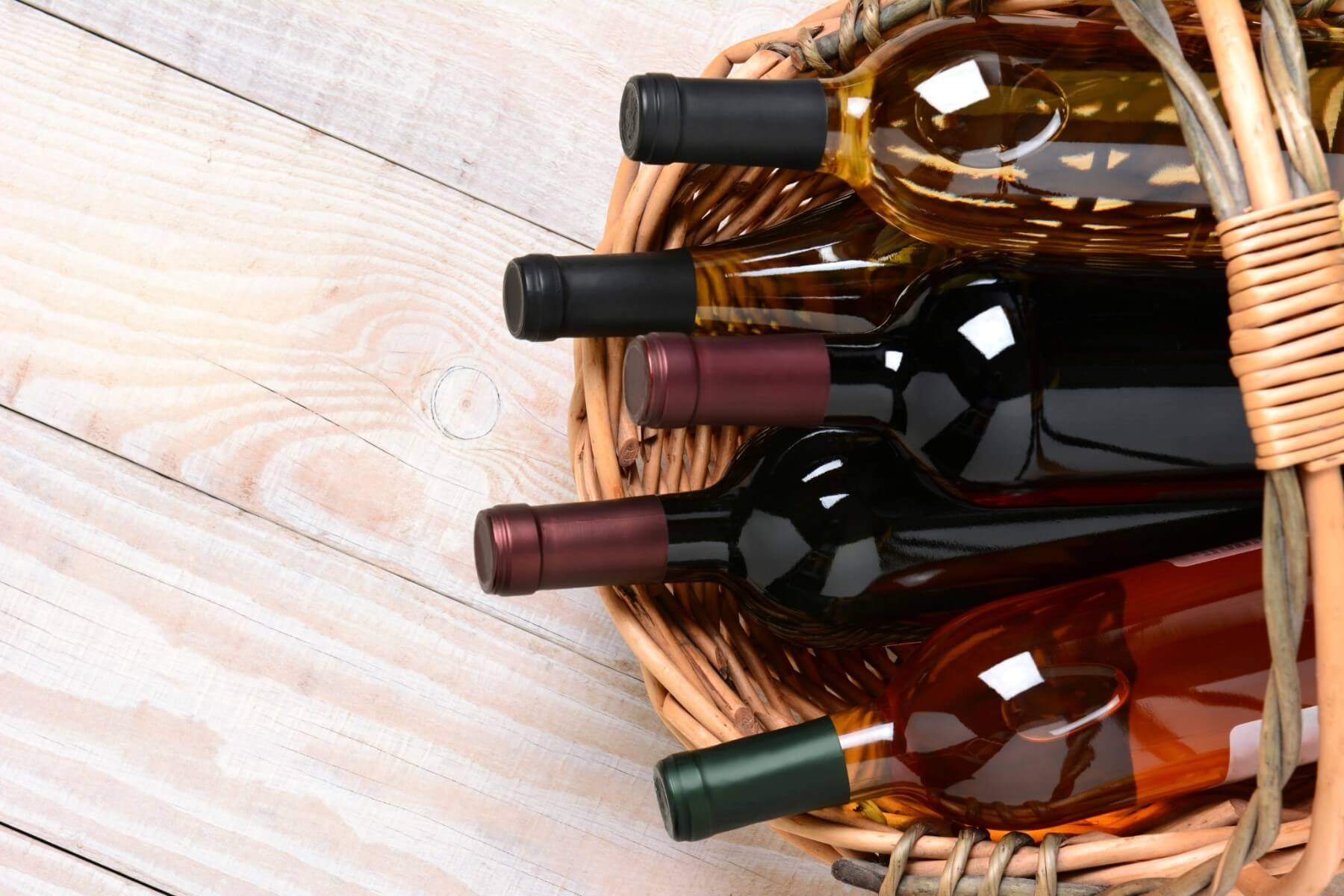 One of the most common questions asked by people looking into the vast range of wines out there is ‘what is the difference between New World and Old World wines?’

When it comes to the world of wine, there’s always something and somewhere new to explore. Over the past ten years or so alone, countries which have had no prior viticultural history have started growing vines, and seeing the possibilities that wine production can bring.

Some have seen stunning results, and others still seem to have some way to go, to put it kindly. This has partly been due to a renewed interest in new, small and independent wineries popping up in unexpected places, but is mainly down to advances in agriculture bringing forward new possibilities.

New strains of vine can now flourish in climatic conditions which would have previously been thought to be hostile to grape growing - cold climate vines are growing in Scandinavia, cross-breeds have been selectively produced to survive the tropics, the deserts, the wind-blasted mountain plateaus. 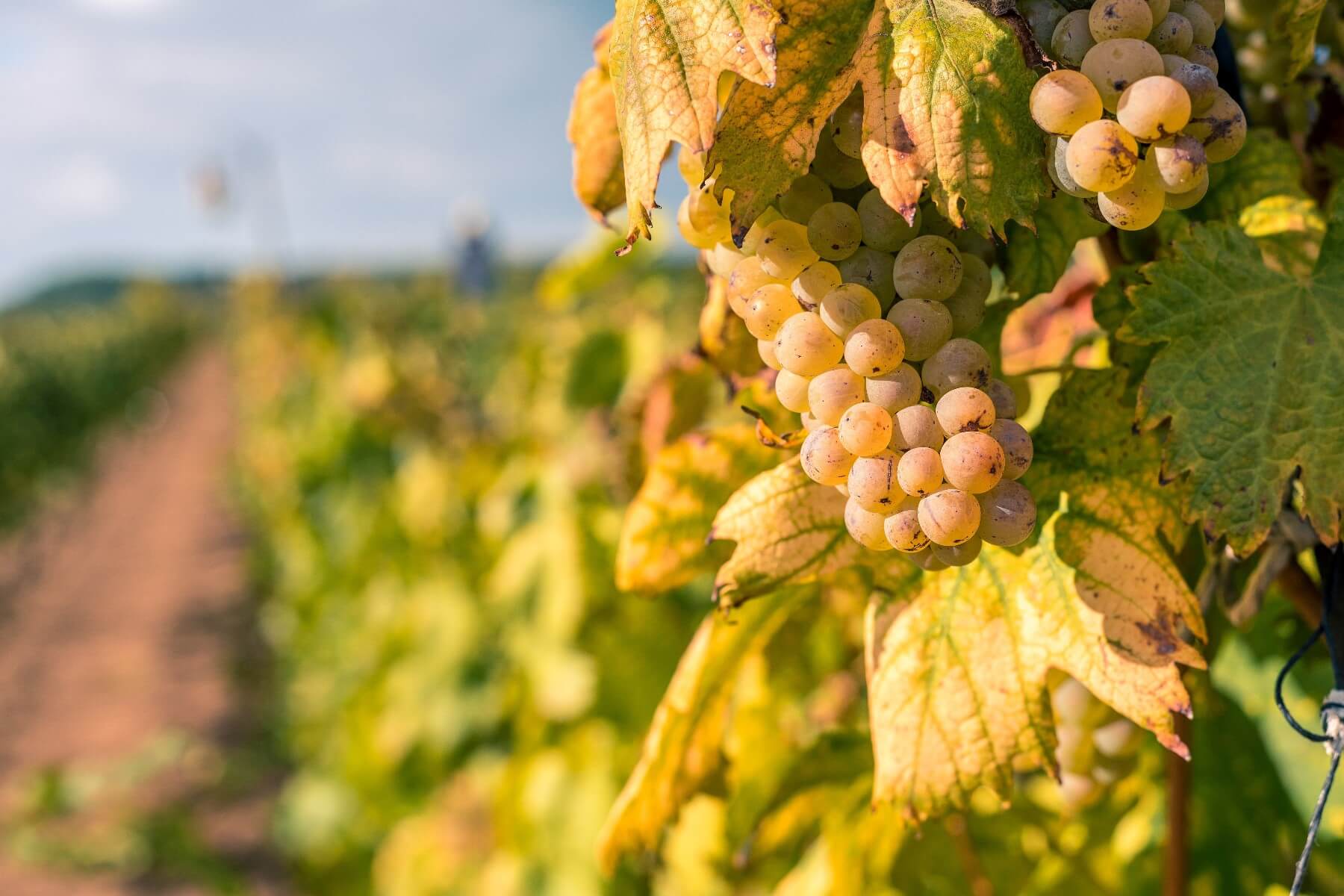 One of the most common questions asked by people looking into the vast range of wines out there is ‘what is the difference between New World and Old World wines?’ These two expressions are not completely clear, and the things which separate the old and new worlds are not as black and white as you might assume.

Is one world fundamentally better than another? Or does it all come down to a matter of personal preference?

Introducing the wines of the Old World

In essence, the ‘Old World’ wines are those which come from countries which are generally considered to be the birthplaces of wine itself. There are several countries in the world whose wine history doesn’t merely stretch back through the centuries, but rather extends into millennia, covering much of human history.

Nobody is 100% certain exactly when and where wines were first produced - the history of alcohol is an unsurprisingly unclear business - although most archaeological evidence points mainly to the Middle East.

Countries like Turkey and Lebanon have seen excavations of grape presses, pots and vases which date to somewhere around 3000BC, and other countries like Georgia and Iran have a strong claim to being the home of the earliest wines. 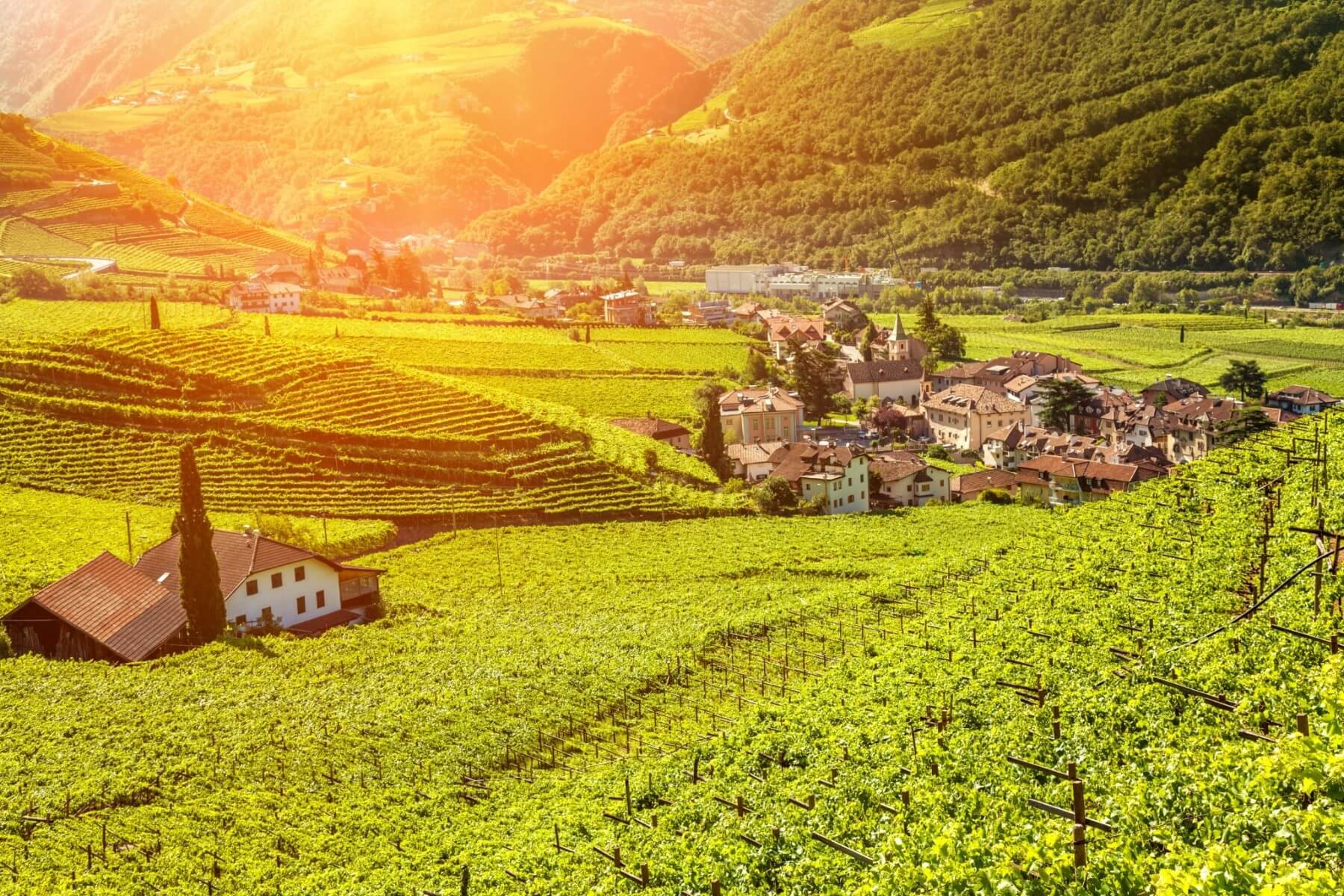 Despite these conflicting claims, what we do understand quite well is that wine production and wine drinking has been a consistent trend throughout the span of human history - it seems we’ve never really been able to live without the stuff.

The main Old World countries, in the past as today, are those which lie around the Mediterranean Sea. This sea was a hotbed of culture and civilisation - across those waters, trades were rich and varied, ideas were shared, and great cities were raised from the darkness. Italy, France, Portugal, Spain, Croatia, Greece, Lebanon and Israel have been making wines on the shores of the Mediterranean for two thousand years, and all of those countries continue to do so today.

Also, on the list of fine ‘Old World’ countries would be those of central Europe, which were parts of the expansive Roman Empire, an empire built on wine and run by people constantly on the lookout for new lands on which to plant vines. Modern day Romania, Bulgaria, Austria, Hungary, Switzerland and Germany are all very much part of the fine Old World of wine production.

New World Wines from an Age of Discovery

On the other side of the scale, the ‘New World’ wines have a history which is quite considerably shorter - although many of the countries on the list have actually been producing wines for several hundred years.

New World wine countries are those which were taken over, conquered and colonised by European imperial powers from the 16th century onwards. This was an age of new empires, of discovery, of tall ships carrying determined men and women who were setting out to start new lives overseas.

For many of these travellers in these times, wine wasn’t merely a pleasure (indeed, most of the wines drank by the common people probably weren’t very pleasurable at all), it was a necessity. Water was still unsafe to drink, and the only way to keep yourself hydrated and upright was to drink alcoholic drinks, which were mercifully sterile and free from disease. Beer, cider and wine were drunk daily by people of all backgrounds and ages.

Naturally, there was a huge difference between the watery bulk wines drunk by the working classes and the refined, stronger fine wines enjoyed by the landed gentry and aristocracy, and when it comes to New World wines, there is a clear distinction - still apparent today in some cases - between the land given to making bulk wine, and the exclusive, smaller plots destined for use in finer wine.

Whoever the wine was for, there is little doubt that vintners and grape growers played a key role in the colonisation of new countries, and their efforts and innovations can still be seen in the present. 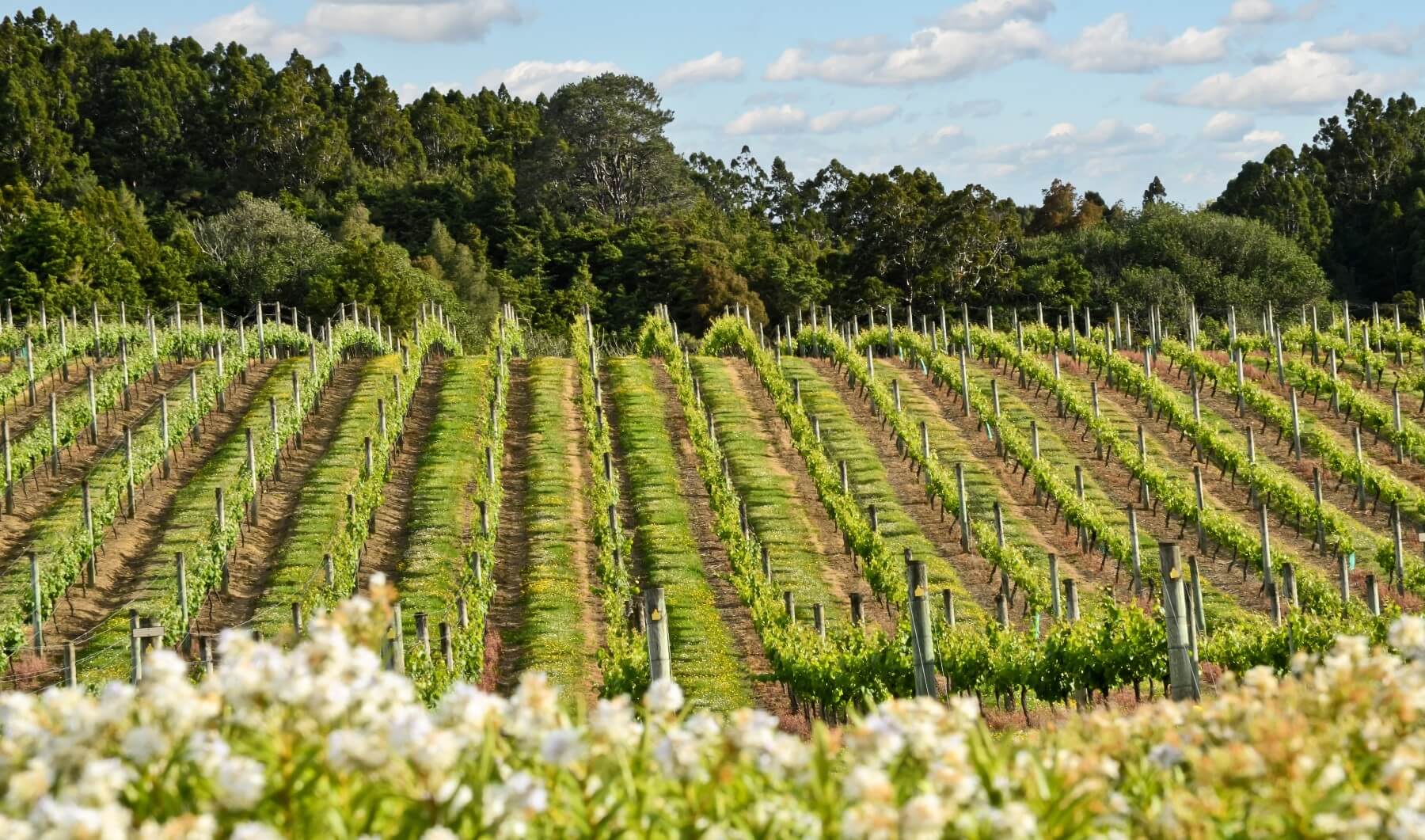 The main New World wine countries are the South American nations of Argentina and Chile, which were colonised by the Spanish and Portuguese first before the Italians began moving in, and the USA and Canada, which were gradually taken over by people from various European countries over a very lengthy period of time.

On the other side of the globe, we find the ‘newer’ worlds of Australia and New Zealand, which were settled towards the latter part of the 18th century, and today are home to some of the oldest continually cultivated vines in the world. The only other well established New World wine country is South Africa, a Dutch colony which is enjoying a booming wine industry based mainly on a couple of cross-bred grape varietals which grow well on the cap

What differences are there between Old and New World wines?

It’s a little difficult to claim that there exist significant differences between Old World and New World wines regions, because there is such massive breadth in wine styles, production techniques, flavours, aromas and general character in all countries. However, if we are to pick out some defining features, and make some very broad generalisations about what separates the Old World from the New, we can look at the character of the wine.

To generalise very widely, we can say that Old World wines to tend to be a little lighter in body than their New World cousins. New World wines regions are usually hotter, more humid, and with richer soils. These factors typically lead to a fuller body, and more fruit-forward flavours. On top of this, there is sometimes less emphasis on complexity, subtlety and age-worthiness in the New World, and blended wines are less common, too.

The main difference we can define a little more confidently, though, is to do with the way the wines are produced, and the attitude and approach of the vintners involved. There’s no escaping the fact that many European wine countries are overseen and governed by a stifling set of rules and regulations. 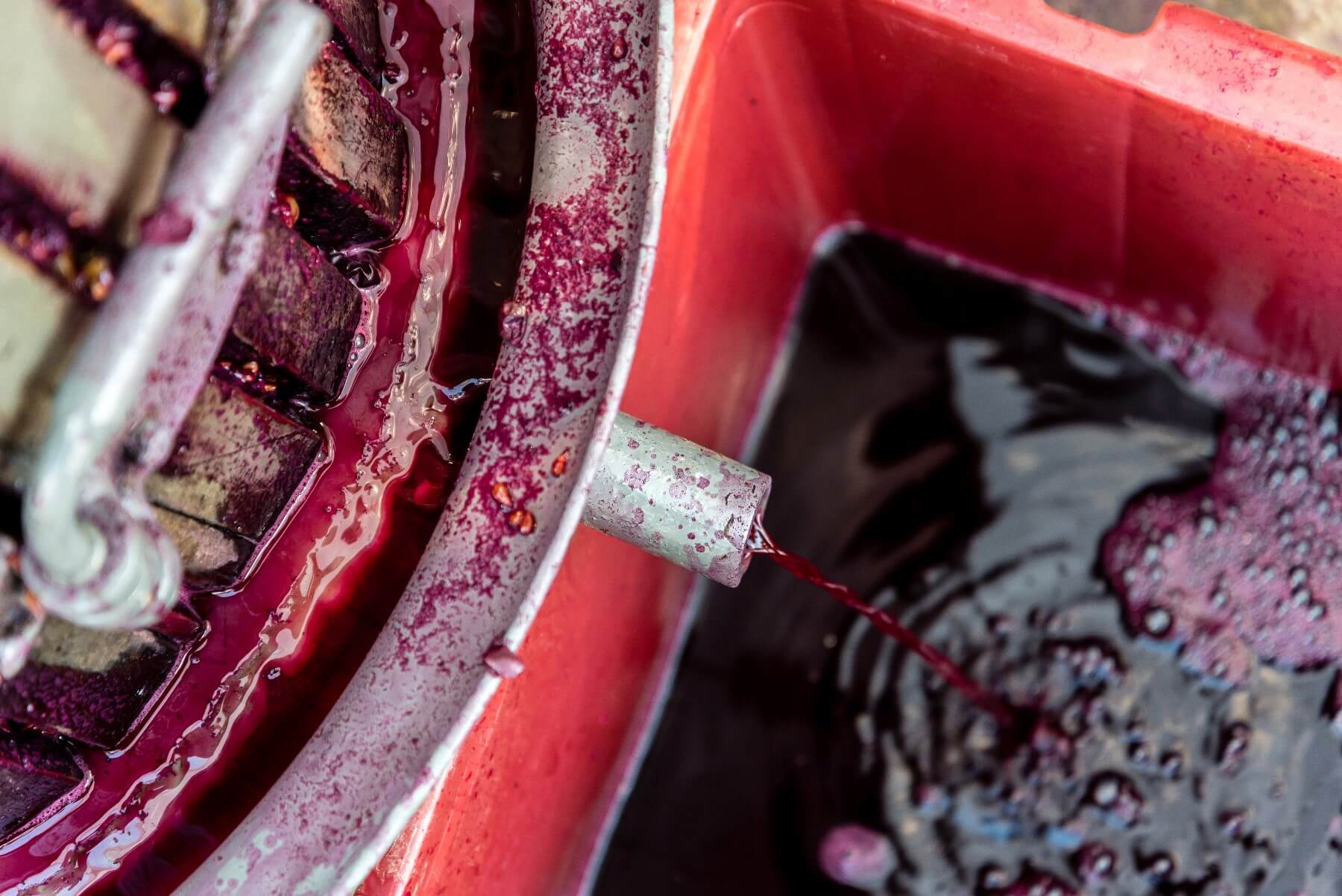 These rules dictate all manner of things connected to how wines are made, from the particular grape varietals which are permitted to grown in certain appellations, to how long the winemakers must age their wine before they are released.

The general idea behind this is to ensure standards are met, and quality is kept high - wines which do not meet certain criteria are not allowed to bear the name of the place in which they are made.

There’s a lot of debate surrounding these rules: there’s no real evidence to suggest that they lead to the highest quality wines, and many winemakers feel they are restricted creatively, and not allowed to follow their instincts in order to make the best wines their land is capable of producing.

The New World, on the other hand, is typified by an entrepreneurial spirit. Winemakers and their regions have been allowed to develop and grow on the back of innovation and experimentation, driven by the instincts and passions of the vintners who settled there.

There is an immigrant spirit of setting their own rules, seeking out their own fortunes, and giving the finger to anyone who tries to tell them what to do and how to do it. Does this system always produce great wines? No, of course not. But it has allowed certain regions to forge their own identities, and discover for themselves what works best, and which wines are best suited for the land.

The New World is open to changing trends, and is quick to accept and adopt new ideas and technologies. As such, it usually evolves and changes much more rapidly, and in more interesting ways.

So, which is better?

The honest answer is: I don’t know. To give an answer to this question would be like choosing between my two children.

There is in Europe more than a little bit of snobbery when it comes to the qualities of New World wines. Indeed, many wine drinkers avoid Australian and American wines completely, approaching them with the attitude that they’ll never be as fine or refined as the time-honoured wines of Europe.

However, plenty of blind tastings have resulted in many red faces among the European wine drinking elite. Time and time again, wine experts and tasters have been found to lean more towards Australian and Californian wines at blind tastings, which goes to show how stupid it is to approach wine with any sort of prejudice.

If they’re made with love and passion, respect and dedication to excellence, fine wine can hail from more or less any corner of the planet. 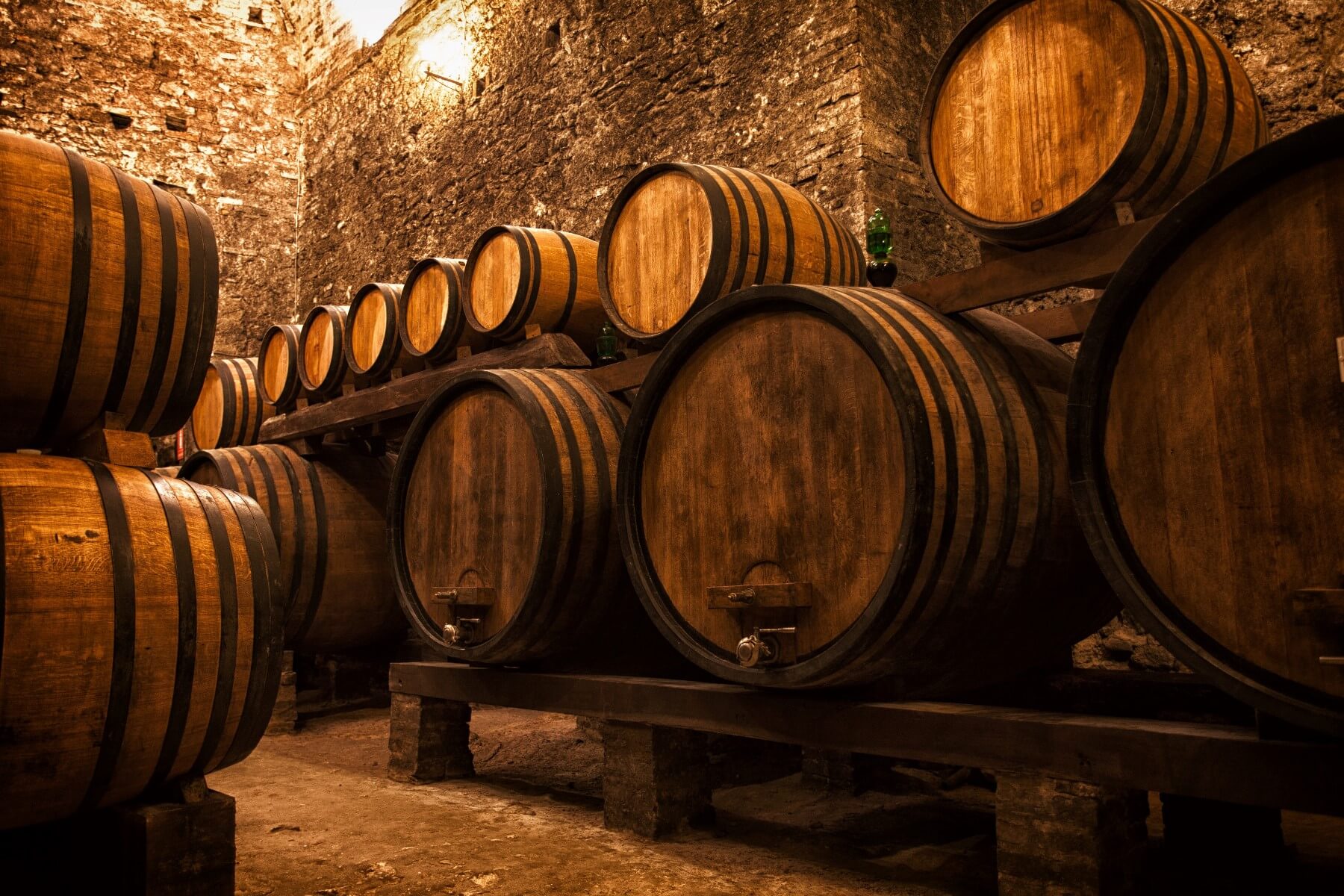 We may all have a different stance on this New World versus Old World debate, but we do share one thing in common for sure -- we love delicious wines! On that note, you can start by trying our wine quiz below and we'll tell you the three wines that will match your taste!